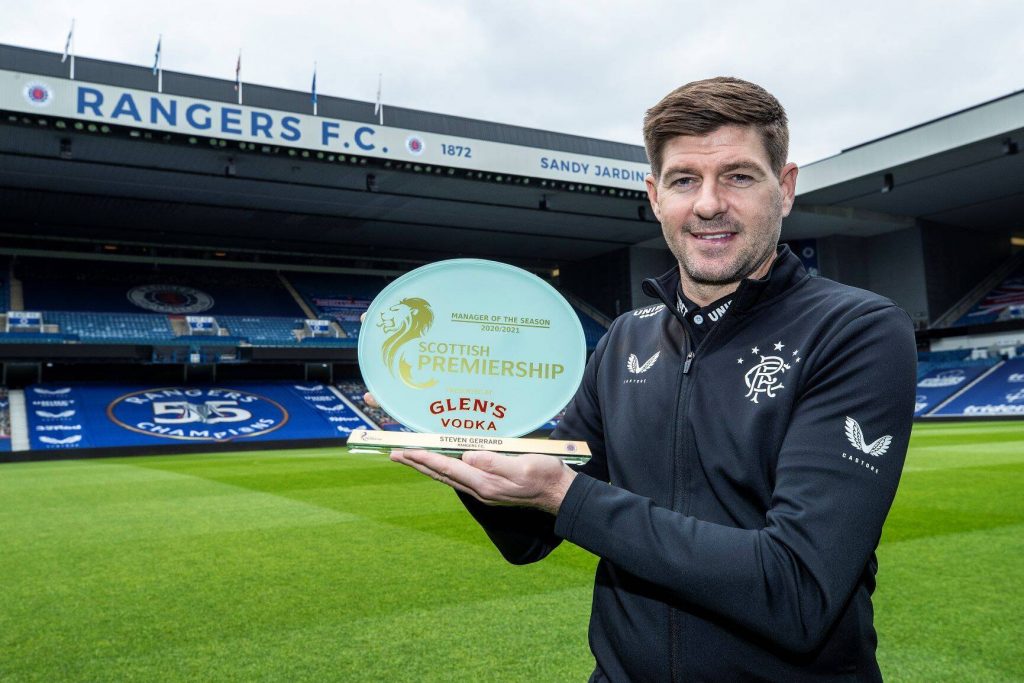 Spurs have been linked with several names, while deals for former Serie A bosses Paulo Fonseca and Gennaro Gattuso fell through last week.

According to GiveMeSport, some figures at Rangers fear the Londoners will make a move for their manager Steven Gerrard.

The former Liverpool star was initially linked with the job, but those reports went quiet in the following weeks.

Rangers had been keen to hand him a new deal, but that has reportedly proven difficult following an offer from an unnamed Premier League club.

Gerrard has three more years left on his deal at Ibrox and has insisted he is not looking to leave anytime soon.

Nevertheless, the temptation to manage in the English top-flight may prove difficult to ignore.

Spurs are yet to make any firm move for the 41-year-old, but that cannot be ruled out.

The Red Devils legend dubbed Gerrard ‘magnificent’ for the impressive achievement, and it will not be surprising if the top clubs in Europe start coming for him.

The Light Blues played some outstanding football last season, ending the campaign without a defeat and performing incredibly well in the Europa League.

That could have caught the attention of Tottenham chairman Daniel Levy, but whether he will be keen to move for the Liverpool legend is up for debate.

Gerrard has spent just three years as a manager and has not garnered enough experience.

While he would fancy his chances in a Premier League dugout, the English top-flight is a different kettle of fish than Scottish football, and taking a job as big as Tottenham’s could be very tricky.