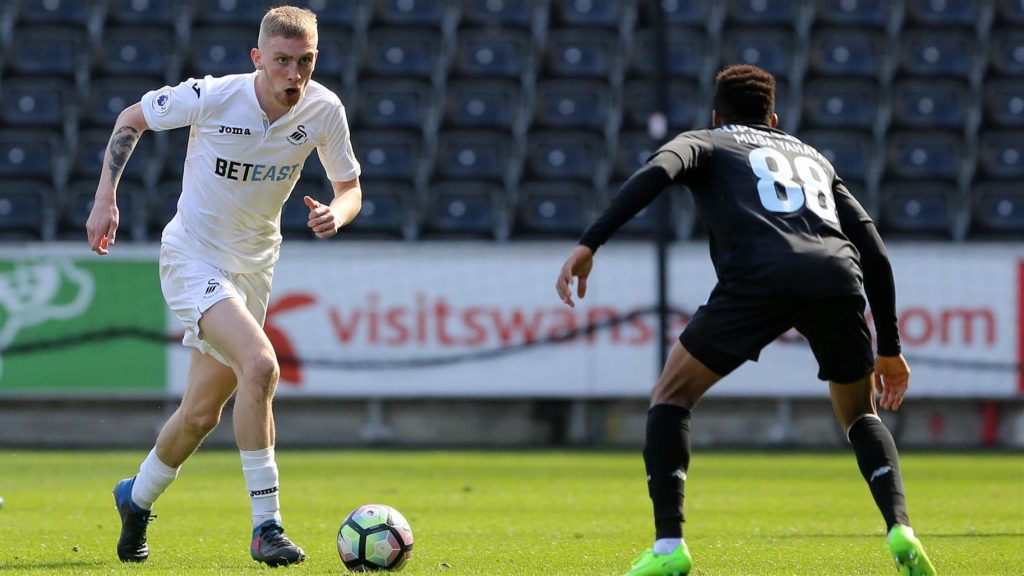 Glasgow Rangers fans have taken to social networking site Twitter to let Oliver McBurnie know that they want him at the Ibrox club in the summer transfer window.

The 22-year-old striker took to Twitter after Scotland’s 1-0 defeat against Mexico on Sunday at the Zateca Stadium. He tweeted:

2 more caps for my country in some unbelievable atmospheres, always an honour???????? pic.twitter.com/UoY3QJth7Z

The Swansea striker agonisingly came close to scoring as his second-half header came back off the post. He is yet to open his international having played in four matches.

McBurnie is facing an uncertain club future with Swansea City currently managerless. The in-demand striker has admitted recently that there are question marks hanging over his long term future at the Wales club.

After a blistering six-month loan spell at Barnsely, he is being targeted by a host of clubs in the summer, including Rangers and Leeds.

He netted nine goals in 17 appearances for the Tykes, and has admitted he would be open to working with Steven Gerrard at his boyhood club Rangers.

The Gers fans responding to his tweet have urged him to join the Ibrox club in the summer. Here are some of the selected tweets:

Congratulations mate, now get back up to rangers your club needs you!

It’s all about building up experience

Cant wait to see how many caps you’ll get once Stevie G gets ahold of you.#letsgo, Big Oli ?⚪?

You should try the atmosphere at ibrox every other week ??⚪??

Time to come home now mate don’t want you to miss out on 55 ???WATP