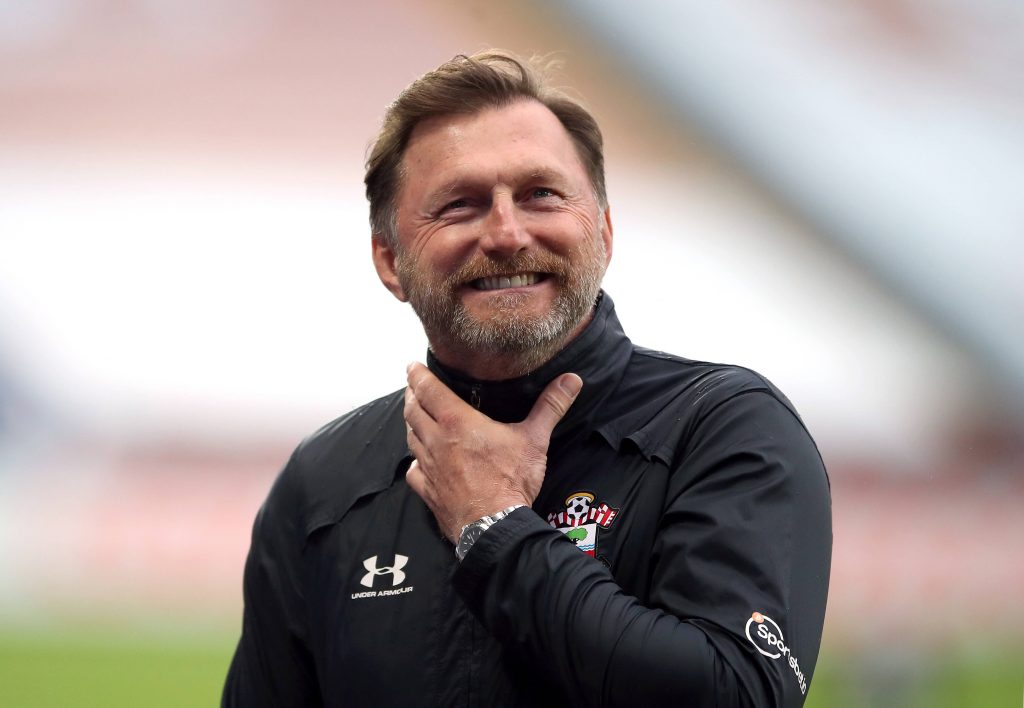 Southampton boss Ralph Hasenhüttl has spoken about his future, having previously been mentioned as a potential successor to Jose Mourinho at Tottenham Hotspur.

The Austrian manager has impressed during his time on the south coast, despite some hugely difficult periods.

The 9-0 defeat to Leicester City back in 2019 looked to be the end of his tenure, but the club stuck by him and have reaped the benefits with some steady progress since then.

However, that progress has not gone unnoticed away from Southampton.

It was reported in March that Hasenhüttl was being spoken about as a potential replacement for Mourinho, should Tottenham decide on a change of manager.

Mourinho has come under pressure following a poor run of results, culminating in the 2-2 draw with Newcastle United at the weekend.

There were also reports in the week claiming that his players were getting ‘fed up’ with Mourinho shifting blame onto them. Hasenhüttl has now discussed his own future.

“I’m planning another three years because I still have a three-year contract,” Hasenhüttl explained to Sky Sport Austria, as cited by HampshireLive.

“At the moment, there are not many scenarios in which I can imagine ending this.

“For me, the Premier League feels like a whole year in the Champions League.

“When you see our games, you play at Manchester City on a Wednesday evening – those are games some would be happy about.

“It’s a lot of fun as a manager because you can and must always assert yourself at the level.”

SL View – How has Hasenhüttl done in England so far?

Hasenhüttl has been in England for four years now and has built a pretty solid reputation.

The 9-0 defeat to Leicester was a clear low point for Hasenhüttl, with many feeling he would be sacked following that game.

However, Southampton’s progress since then has been impressive.

The Saints now have a very exciting squad, which is certainly capable of competing with most teams in the league.

While 2021 has not gone as planned for Southampton with a poor run of results recently, Hasenhüttl’s stock remains high.