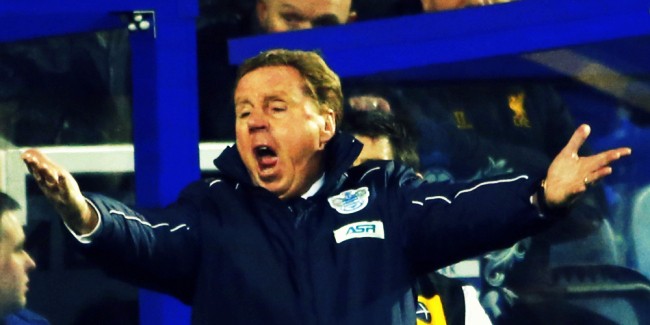 There is no doubt that QPR are in serious trouble. Still rooted firmly at the foot of the table, a place they have occupied for most if not the whole season, they have had a tumultuous few weeks off the pitch to add to their current plight.

Rumours of the QPR training camp in Dubai turning into something akin to a ‘stag party’ for the players, and worries over the stability of their financial future if they do drop down a division have done nothing but dissuade fans and pundits alike that QPR are the Premier League’s ‘doomed’ club.

Harry Redknapp remains convinced that he can guide the beleaguered London club to safety, despite their reprehensible form all season, and the four point gap that separates them from an unlikely escape. Well, ‘Arry now has just ten games to pull it out of the bag, and that starts on Saturday at home to Martin O’Neill’s Sunderland, who are no strangers to having to recover lost form.

Enduring a sluggish start to the season, which saw them win just two games by mid-November, Sunderland have settled down somewhat, and can now be found floating around the League’s mid-table mark.

The situation for the Black Cats could have been much worse were it not for their predatory striker, Steven Fletcher, the Scot having the innate ability to consistently score goals throughout his career, despite plying his trade mainly at relegation threatened clubs.

QPR need that sort of player, a man who can drag them up, kicking and screaming from the abyss.

Is that man Loic Remy? The man certainly has European pedigree, and was linked with the likes of Arsenal and Chelsea before QPR swooped in under the noses of Newcastle United to bag their man. Scoring twice in his first four games for the Hoops, he certainly has promise, but perhaps their saviour lies elsewhere?

Maybe it is Ji-Sung Park, the utility midfielder, who can spur the team on by instilling the type of ‘never say die’ attitude so typical of his former boss, Sir Alex Ferguson’s sides? It could be the record signing, Chris Samba, who saves the day with his brute strength and raw power from the back?

And Julio Cesar, their Brazilian international goalkeeper, has been in superb form, reminding everyone of his undoubted ability despite his most unexpected of surroundings.

But in the end, it is only ever going to be a team effort that brings QPR back from the brink. Although the spine of the team looks well structured, it is down to the rest of the team to pull their weight, and battle to the last to ensure the continued presence of QPR in the Premier League.

Their remaining fixture list is not such bad viewing for the Rangers’ faithful, with home game against Sunderland on Saturday, followed by Wigan and Stoke City seen as potentially winnable matches.

Away from Loftus road, they will take on a much troubled Aston Villa, an inconsistent Fulham, and an unpredictable Reading as the season draws to a close. While potentially sticky matches against Everton away and Newcastle at home may dampen spirits slightly, their only real ‘big name’ games come in the form of Arsenal at home, and Liverpool away.

QPR are capable of pulling off something quite spectacular with the squad that they possess. With a team so full of international talent, it is a wonder how they came to find themselves in such a quagmire in the first place.

But all is not yet lost for the Hoops, and a win against Sunderland will mean two wins on the trot for Harry and his gang, whether they can build on it further, or again let it crumble away like wet cake is really up to them.