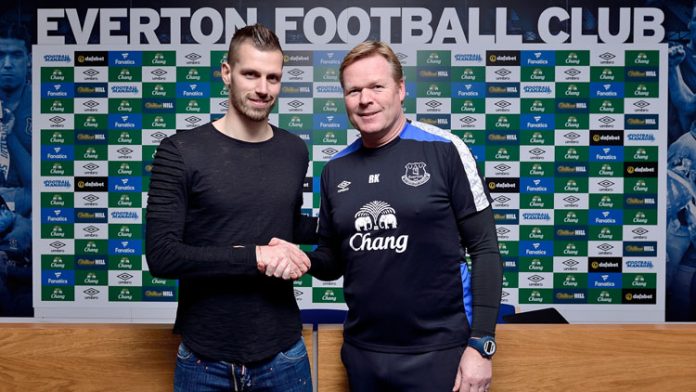 Whisper it quietly; but Everton fans have plenty of reasons to be optimistic for the new season.

Led by the authoritative and talented Ronald Koeman, the Toffees have Europa League football to look forward to as they look to build on last seasons’ seventh place finish. Not only this, but they are also reaping the rewards of significant investment, with the club having already laid out more than £50 million on players.

With this in mind, the question that remains is whether or not Everton should be considered as dark horses and potential UCL contenders next season? Let’s take a look:

The Story So Far: Getting a Head Start in the Market

Everton have certainly strived to get a head start in the transfer market, having signed Sunderland’s talented goalkeeper Jordan Pickford and Ajax’s influential captain Davy Klaassen for a combined total of £52 million. These signings will build on the excellent work that Koeman has done in the transfer market over the course of the last 12 months, which has seen established stars such as Yannick Bolasie, Morgan Schneiderlin, Ashley Williams, Idrissa Gueye and England Under-20 star Ademola Lookman join the club.

Not only this, but online bookies have also made the Toffees favourites to secure the signature of Swansea’s coveted midfield star Gylfi Sigurðsson. The Icelandic star plunder 11 goals and provided 14 assists for the Swans last season, and despite an ill-fated sojourn at Tottenham a few years ago he his determined to ply his trade at a bigger club once again. While Spurs themselves are also thought to compete for his signature, Everton at the front of the queue to secure a £25 million deal.

Are There Any Challenges Ahead for the Toffees?

Despite their excellent work and proactive efforts so far, however, the future of prolific Belgian forward Rommel Lukaku hangs like a shadow over the Toffees’ future. The striker has refused to sign a new deal with the club, while he has also been linked with a huge, £70 million transfer to Chelsea and Manchester United. If Diego Costa chooses to leave Chelsea after his bust-up with manager Antonio Conte, the departure of Lukaku could be hastened as he looks to fulfill his ambition of playing Champions League football.

Fortunately, Everton have at least stolen a march on their rivals in the transfer market, and would have the option of immediately locating a replacement for Lukaku. Not only this, but they would be armed with a huge sum of money with which to find a replacement, enabling them to add a top class forward to their ranks. Malaga’s Sandro Ramirez has been linked with a move, while the club have also made great strides to sign AC Milan’s powerful strike M’Baye Niang. He would seem like a more direct replacement for Lukaku, or a partner for the Belgian if he remains.

The Last Word: The Future is Bright for Everton

If we place the undecided future of Lukaku to one side, the future is undeniably bright for Everton. Not only have the club enjoyed a superb start to the new transfer window, but they also have an exceptional group of young players including Tom Davies and the attacking midfielder Lookman. Don’t forget, the Toffees had four players in the England Under-20 World Cup winning team, while defender Mason Holgate is also starring in the current Under-21 side at the European Championships.

If the club can continue its good work in the transfer market and harness the young talent that exists within the squad, it has an excellent chance of breaking into the coveted top six next season. With the talented Koeman at the helm, the Toffees may even be considered as dark horses for a sustained title challenge.