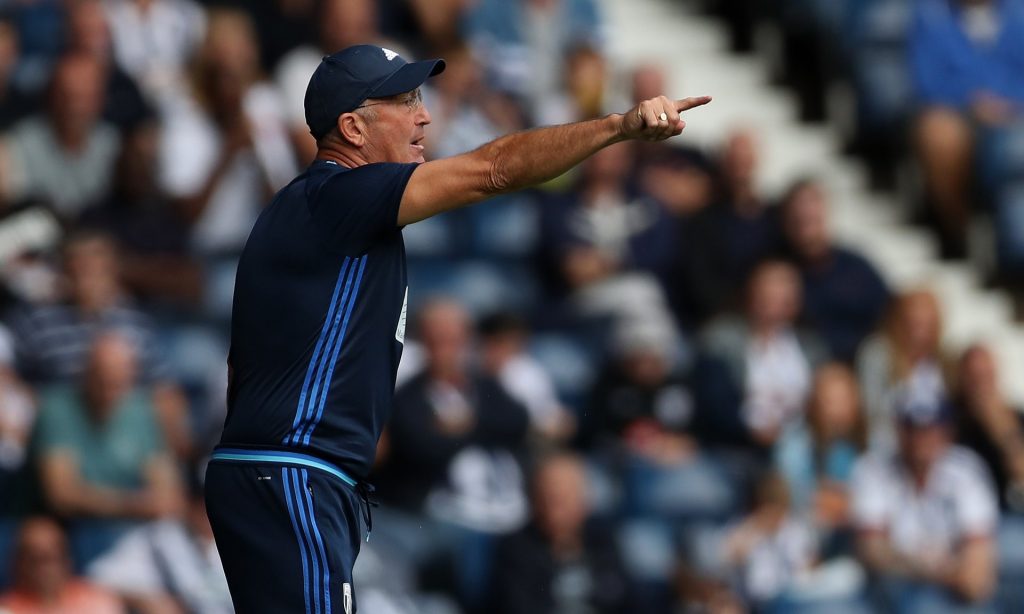 One of the many things that the Premier League uses as marketing tools is its surprise factor. Leicester City proved an ideal exemplar last season by winning the title. Surprises, they say, come in different shapes, and this season, West Bromwich Albion have gone against the grain.

Tony Pulis’ side are currently eighth in the table, having collected 29 points from 20 games. That they are ahead of Leicester, West Ham, Crystal Palace and Southampton tells a thing or two about their improvement this season.

Have they really improved?

The Baggies have collected the same points this term as they had done the last at the same stage. But, one thing of note is that the league is stronger in 2016/17 than it was in 2015/16. All the major clubs (top six) underwent retooling in the summer in some way or other, and they are clogging up the top of the table leaving the rest to sort out their own mini-league. 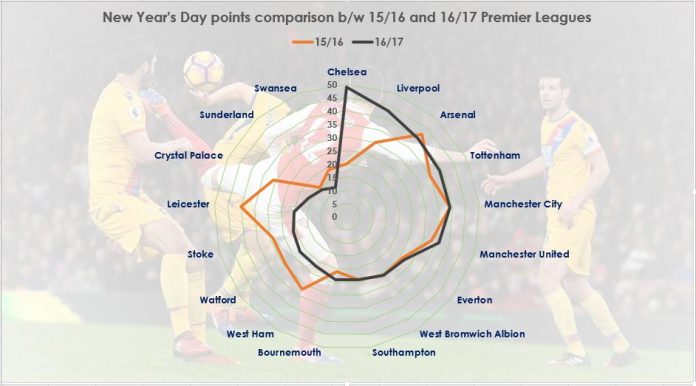 At this time last season, the gap between sixth and seventh was one point. This time out, it is nine points. Chelsea, Liverpool, Manchester City, Arsenal, Tottenham and Manchester United have been way better than the other 14 clubs, as the table-never-lies cliché would concur.

West Brom’s fine first half of the season can be attributed to their results against teams in the bottom 14. They have beaten Hull City, Southampton, Swansea, Watford, Burnley, Leicester, West Ham, and Palace this season, hence their losses against the top six clubs haven’t mattered much. They have collected 28 of their 29 points against the bottom 14 at the rate of two per game. Last season, only Leicester collected more than two points per game en route to the title.

The magic of Pulis?

Pulis was considered ripe for the sack when new owners set their table at West Brom at the start of the season. However, given Albion’s upturn in fortunes and the need for certain clubs to bring in a firefighter to stave off relegation, dispensing with Pulis’ services now would be an extreme measure from the club’s Chinese owners. That, at a time when he has already laid the foundations for a solid campaign.

A couple of January signings could even propel the Baggies to the Europa League next season.

Talking of signings, Pulis voiced his displeasure at the club’s failure to bring in his preferred targets in the summer. But, his use of Nacer Chadli and Matt Phillips has been inspired. Both have a combined eight goals and ten assists this season. Phillips has provided the second-most assists in the league, behind only Kevin De Bruyne.

The never-ending Saido Berahino saga headlines Albion’s transfer activity these days, but in Chadli and Phillips, Pulis has struck gold.

The riches of the league has made it easy for clubs of West Brom’s stature to attract players. Not elite players but good players. Chadli is one of them. The club’s recent reported interest in Manchester United’s Morgan Schneiderlin is also a case in point.

From dealing with disappointments over transfers to keeping his club competitive and stable, Pulis has worked a masterclass this season. Given the flak he receives for his direct style of football, there is no denying that the 58-year-old is one of the more consistent Premier League managers.

This season, Albion have recorded lesser possession than anyone else. They have also scored more goals from set-pieces than anyone else. Pulis might not win the trophies, he might play ugly, but he knows his way around the Premier League.

10 – West Brom are the first side to hit double figures for headed goals in the Premier League this season. Bonce.

The correlation of expenditure to the league table is now undeniable, with Leicester-like outliers serving as exceptions. This season, Albion have fielded only the 15th most expensive line-up in the Premier League. Therefore, their eighth position in the table reflects over-performance.

West Brom’s shot conversion rates dipped towards the end of 2016 as games against the top teams came thickly. They don’t face a top six team now until March, Tottenham aside. Given their record against the other 14 teams this season, those conversion rates should shoot up to upper mid-table level by the run-ins.

It’s also not unusual to see a Pulis-led team punching above their weight. Albion were 1000/1 outsiders for the title in August and 13/5 favourites for relegation. They are now a 60/1 relegation long shot.

For all their appearance of an unfashionable club still stuck in the dark ages, Albion are a step ahead of their competition in the Premier League. They are on course to finish comfortably in and around their current position of eighth: a significant achievement for them, having finished 14th, 13th and 17th in the last three seasons.

At a time when clubs are growing increasingly impatient as money flows in like never before, Albion have gone about consolidating their top-flight status. The fans might crave more attacking football, but those in the boardroom should be happy with the way things are. They also seem to be backing their manager with funds, considering the Schneiderlin bid and a few more.

Premier League football is full of risks. Pulis, the tracksuited Welshman, has made a career out of alleviating those risks. Albion are reaping its rewards.