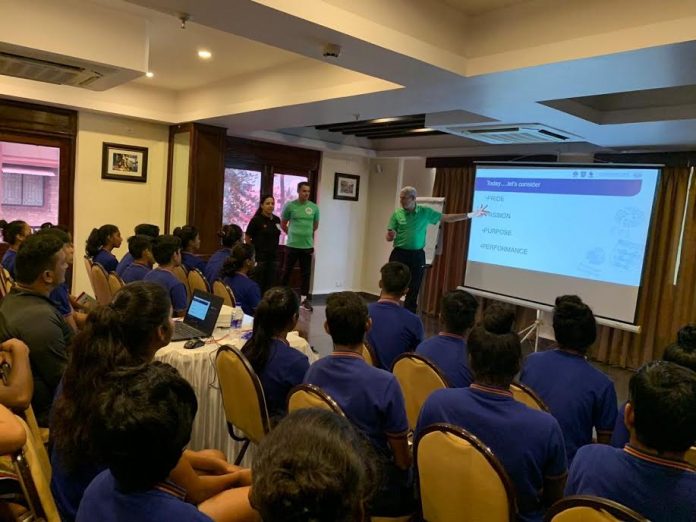 The Premier League in co-ordination with All India Football Federation and Professional Game Match Officials Limited (PGMOL), has conducted a mental conditioning session in Goa with the U-17 Women’s Team coaches and players today, and it will surely leave a lasting impact.

With the FIFA U-17 Women’s World Cup, which is to be held in India, more than a year away, this has been a great initiative taken by the Premier League.

Arguably, the Premier League is the biggest league in the world and their knowhow on conditioning – be it physical or mental – surely would prove to be valuable for all the coaches (including the Senior Women’s team coaches and staff) and players who were in attendance today.

The sessions were conducted by Richard Beeby, the PGMOL International Development Manager (who has been partnering with Federations and Leagues) and Liam Slack, a renowned sports psychologist (winner of International PhD Award 2014 on ‘Mental Toughness in Elite Football Officiating’). 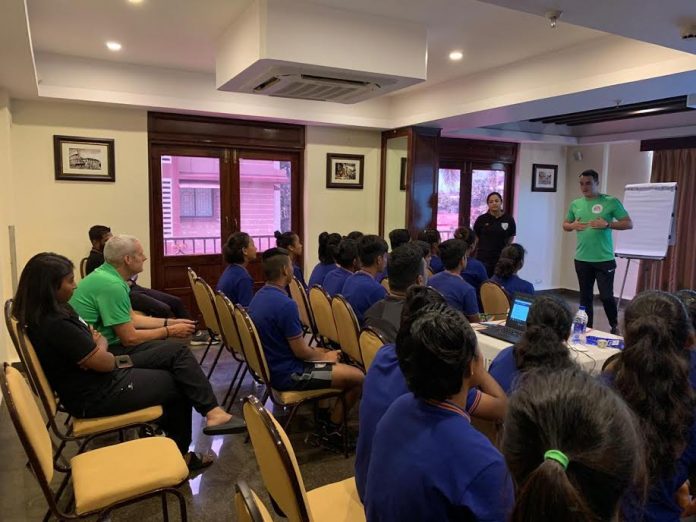 “We covered the key topics within the area of ‘mental toughness’ including reviewing personal pride, passion, purpose leading towards enhancing performance,” Slack said.

“As with all sports, particularly in a challenging professional environment, having resilience to cope with a range of demands is essential. Strategies to assist include ‘mental toughness’, a subject which is increasingly growing in importance for sportsmen and women – to perform at their maximum,” he added.

“The U17 squad considered the importance of self-evaluation and the need to share, when appropriate, information with colleagues and coaching staff for the betterment of team cohesion with the coaching staff, the many facets and importance of pre-tournament preparation by breaking down every element into segments with the intention of identifying marginal gains in each area.”

Previously in 2017, when India hosted the FIFA U-17 World Cup, the AIFF had arranged for psychologists to help the players focus and remain aggressive on the field.

However, this session was about tackling mental barriers that players and coaches face during the game or a high-pressure tournament like the World Cup.

Certainly, mental preparation can help in boosting the performance, otherwise, there may be an adverse effect on the players, and it has been admitted by Maymol Rocky, the Head Coach of the Indian Senior Women’s National Team.

Alex Ambrose, coach of the Indian U-17 Women’s National Team, said: “The players have acknowledged the need of mental conditioning and have responded with immense results.”

“They have applied the mental conditioning strategies on the field and will reap benefits from it in the long run. Mental conditioning and health plays a key role in stress situations for an athlete. A level-headed mind under pressure, sometimes deals with half of the crunch situations.”