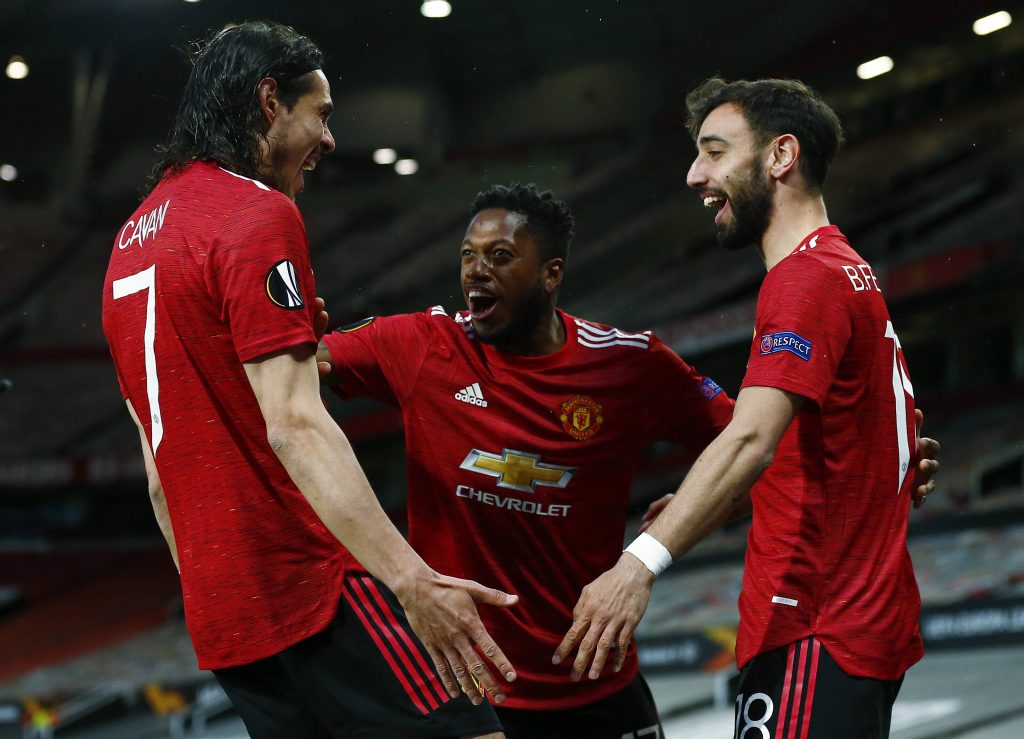 The match was eventually scheduled to be played on May 2, but it was rescheduled amid the fan protests outside of Old Trafford.

United have had a congested schedule with four games in the space of 10 days.

Ole Gunnar Solskjaer made 10 changes in Tuesday’s league game against Leicester City, where the club suffered a disappointing 2-1 defeat.

Barring Mason Greenwood, it was United’s second-string side, and they struggled to create enough chances, managing just one shot on target.

Solskjaer is likely to pick his regulars to face the Reds tonight. A victory would end their rivals’ prospects of qualifying for the Champions League.

David de Gea started against the Foxes, and it was his first league appearance since February.

Dean Henderson is now regarded as the regular choice in goal for league games, and he is likely to replace the Spaniard tonight.

In defence, Aaron Wan-Bissaka and Luke Shaw are expected to come in the full-back positions ahead of Brandon Williams and Alex Telles.

Victor Lindelof should also return to the starting XI. He could be accompanied by Eric Bailly in central defence with Harry Maguire sidelined for the rest of the league season.

Likewise, there could be a complete reshuffle in midfield with Scott McTominay and Fred coming in for Nemanja Matic and Donny van de Beek.

Matic impressed in the first half against the Foxes on Tuesday, but his performance dipped after the break. He was beaten in the air for the winner from Caglar Soyuncu.

Further forward, Marcus Rashford, Bruno Fernandes and Paul Pogba should make up the attack behind Edinson Cavani, who is likely to lead the line.

Mason Greenwood has been in fine form with six goals from as many league appearances and scored with his only shot on Tuesday.

However, he is likely to drop to the bench, having started three games in all competitions for the club in less than one week.

How Manchester United could line up against Liverpool

Read: Ole Gunnar Solskjaer confirms £190,000-a-week star is out injured for the rest of the league season.