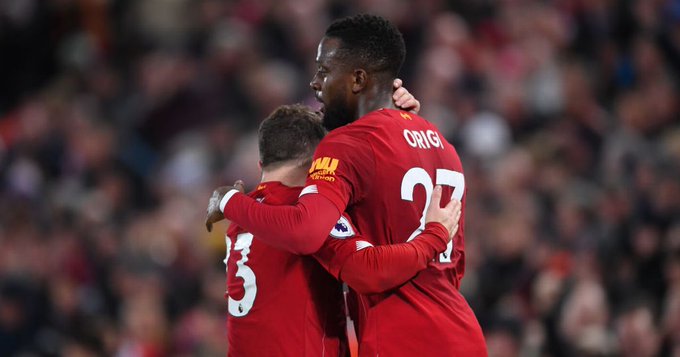 Liverpool will face Sheffield United in the Premier League on Thursday at Anfield.

Jurgen Klopp is unlikely to rotate heavily as he is left with a small squad due to a host of injuries.

Of all the Premier League newcomers, the Blades have impressed the most this season. They are eighth in the table and will be looking to raise their game after losing 2-0 against Manchester City in their previous game.

Although Klopp doesn’t have a major selection headache, he could make some alterations to keep his players fresh during the busy period.

The likes of Joel Matip, Dejan Lovren, Alex Oxlade-Chamberlain, Xherdan Shaqiri and Fabinho are still out with injuries.

Joe Gomez and Virgil van Dijk are set to continue at the heart of defence. Trent Alexander-Arnold and Andrew Robertson are among the most used players this season, but Klopp could start with James Milner against United.

Sticking with the 4-2-3-1 formation, Naby Keita could come into the side and could partner alongside Gini Wijnaldum in the two-man engine room with Jordan Henderson being dropped to the bench.

Adam Lallana started the last game but the England midfielder could make way for Divock Origi. The 24-year-old Belgian has always impressed when given a chance, and he would add another dimension to the Reds attack especially with the trio of Salah-Mane and Firmino supporting him from behind.