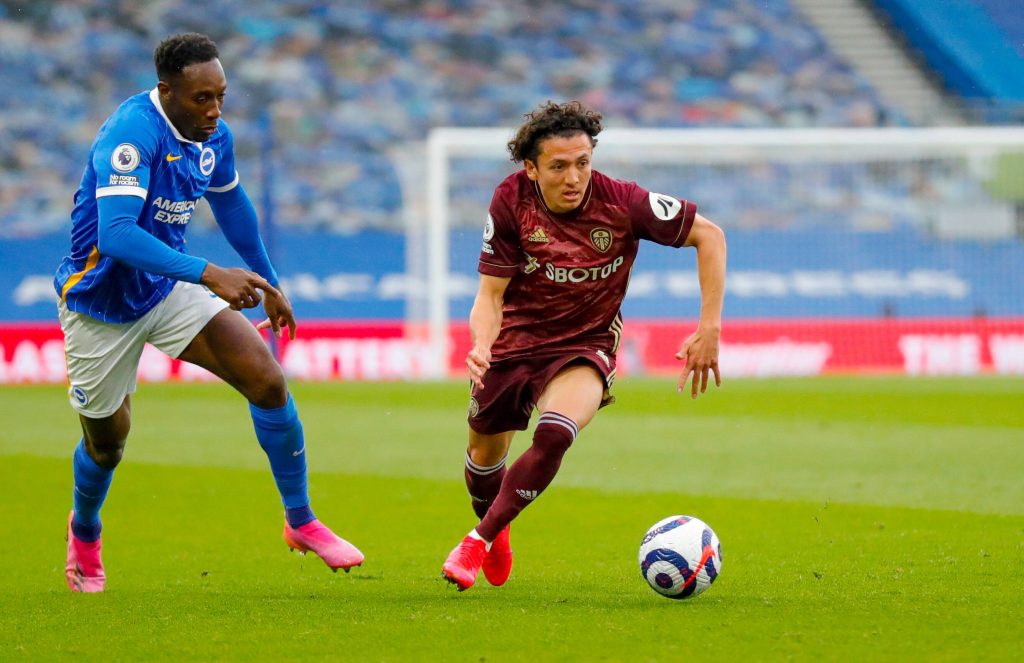 Leeds United will take on Tottenham Hotspur in the Premier League at Elland Road on Saturday.

The Whites head into this match on the back of a 2-0 defeat against Brighton & Hove Albion last weekend.

However, Marcelo Bielsa’s side are eyeing a strong end to the season and will be looking to pick up all three points and dent Tottenham’s top-four hopes.

Kalvin Phillips and Raphinha are both doubtful for this game, with Bielsa suggesting that the duo are being monitored on a day-to-day basis.

Helder Costa has been ruled out for the rest of the season, but skipper Liam Cooper is set to return after his three-match suspension.

Ezgjan Alioski was poor in the last game while he endured a torrid time against Spurs in the reverse fixture. It will be a big risk to start with him, especially against the likes of Gareth Bale and Heung-min Son.

Robin Koch is probably the best option to cover for Phillips at the defensive midfield role. Jamie Shackleton could be used into the centre, especially if Dallas moves at left-back.

Tyler Roberts (22) and Mateusz Klich were surprisingly poor against Brighton in the last match, and Bielsa could replace them with Rodrigo and Ian Poveda.