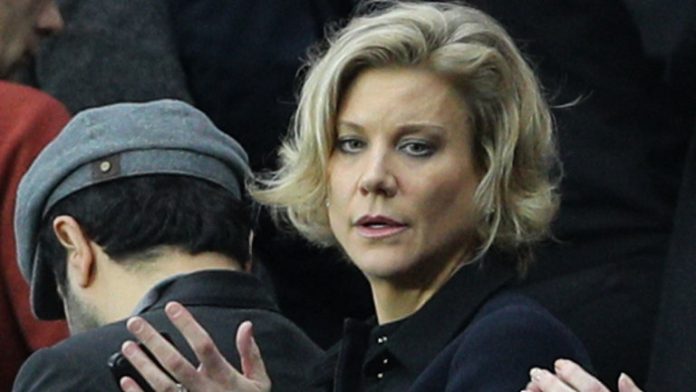 The news that Amanda Staveley has met Newcastle United officials to discuss a potential takeover will be music to the ears of the club’s loyal fans.

According to numerous media outlets Staveley met the man appointed by owner Mike Ashley to find a buyer, Justin Barnes, earlier this week and is set to hold more discussions over the next few days.

The 44-year-old financier has built up contacts in boardrooms across the UK over the past decade and has made no secret of her interest in investing in the Premier League.

Current owner Mike Ashley enraged fans during August when he claimed he does not have the money to compete with the top clubs and his exit would be widely welcomed amongst the Geordie faithful.

Staveley was the driving force behind Barclays’ £5.5billion rescue package from funds in Abu Dhabi and Qatar which secured the bank’s future in 2008 and still retains strong links to Middle East billionaires.

Ashley is believed to want more than £400 million for Newcastle and will probably try to drive a hard bargain.

However, Staveley has an interest in at least two other English clubs and she could turn elsewhere if Ashley holds out for an unrealistic selling price.

Newcastle have been up for sale since the end of May, but no firm offers have been forthcoming.

Staveley’s interest in the club will be welcomed by fans who have wanted Ashley gone from St James’ Park.

His failure to invest in the playing squad during the last transfer window frustrated manager Rafa Benitez, but Staveley has the contacts that could move the club onto a completely different level.

Although the interest is tentative at this stage, a Staveley-led takeover would undoubtedly be great news for Newcastle.