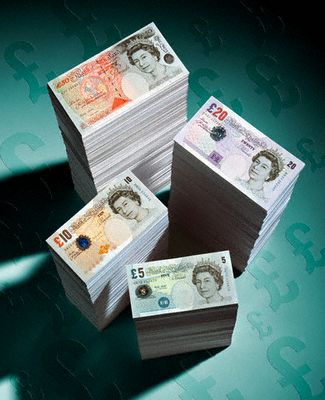 In English football, we’ve never had it so good.

Gone are the days of falling attendances; of a sport rife with hooliganism; of dilapidated and sometimes deadly stadia. Instead, football has become a family-friendly affair, is played in theatres of dreams, in front of sell-out crowds. The English Premier League is the most watched league on the planet, the place where every youngster wants to ply his trade. These British Isles gave football to the world, and now we’ve given it all over again.

So why does it feel, in the words of Ian Holloway, “so wrong that it’s frightening”?

The events of the last few weeks – the protracted Liverpool takeover and the Wayne Rooney saga, have been the starkest examples yet of the beautiful game rearing its increasingly ugly face. The English game is on a one-way street to self-destruction.

Imagine the scene in ten years’ time. The 2018 World Cup, awarded to England following a grubby selection process marred with allegations of corruption, had been largely successful as an opportunity to showcase our facilities. Although the England team itself crashed out in the second round, the event only increased the hype around the Premier League, and every multi-billionaire around the globe wanted a piece of the action. Things went into overdrive.

Of course there were some casualties: some grand old clubs were unable to find a suitor, and ran up massive debts in an attempt to compete, before going to the wall. Promotion from the Championship was a financial death sentence. But those clubs that remained competed in a sport awash with cash, with the world’s best players on an average £400,000 per week.

When kick-off times were changed to 10am, sure, a few of the locals weren’t happy, but you’ve got to make the most of those lucrative Far East prime-time markets, right? The ‘39th Game’ was already played in China anyway, along with the FA Cup Final in Delhi.

Yes, the standard £95 match-day ticket price was unaffordable to the life-long fan, but there were lots of corporate guests that were more than willing to be entertained.

And besides, you can always stay at home and watch it on satellite television. For a fee. Well somebody’s got to pay for it all. This is a business you know. You don’t think those players or that billionaire owner actually care about your club, do you?

To some in the game the above may be a welcome dream; for the average fan, it’s the worst kind of nightmare. Worse still, the English game may have already sold its soul to the devil. Managers may have been lining up to bemoan ‘player power’, but Wigan boss Roberto Martinez recently admitted to Sky Sports that this was merely “the price we had to pay for such a high-profile competition”.

Is there anything we can do to reclaim our sport?

It has been suggested that the Bosman ruling should be overturned, but this would be a mistake. Yes, it is not right that a player can hold his club to ransom, demanding that his wage packet be increased or he’ll walk in six months time on a free. But neither was it right that Dickensian old clubs could treat their players as slave labour. That thought sounds laughable now, but Jean-Marc Bosman was told he could not leave his club, would not be released from his contract, had his wages cut, and was banished to the reserves.

Footballers might like to think of themselves as deities playing in stadia of light, but in the meantime at least, they should be afforded the same rights as the rest of us mere mortals.

A salary cap along the lines of Rugby League or the NFL is the answer. “But wait”, I hear you cry like a City banker, “if you limit salaries in the UK, all our talent will just go abroad!” And it is true that a unilateral salary cap in the Premier League would see all our foremost players depart for Spain, for Italy, for Dubai.

Moreover, without those top stars providing first-class entertainment on the pitch, the TV income streams would reduce, foreign investment would end, and we would be consigned to the bad old days of football before 1992. Perish the thought.

But that objection is easily overcome with pan-European, or even FIFA-wide agreement on limited salaries. For too long the powers that be have accepted the status quo, and we were told it would never happen. But as our continental counterparts begin to encounter the same problems that we are (Barcelona’s debt stands at over €400m), the time for consensus appears to be on the horizon.

UEFA are already introducing Financial Fair Play Regulations for the start of the 2013-14 season, which will require clubs to break even or face expulsion from European competition. And recently, Chelsea chairman Bruce Buck indicated that a salary cap would be supported by his cash-rich club.

Whether such agreements are reached, it seems clear that somehow, things will change. Like those international financial institutions, we must either regulate the market, or watch the market self-implode.

If football’s governing bodies can get this right, then the incoming money from billionaire chairmen and television revenues can be redistributed. It will not just find its way into the pockets of those footballing superstars, but will also be used to ensure that our clubs are on a sound financial footing, to improve training facilities and youth academies, to bring on home-grown players, and to reduce the amount it costs the loyal supporter to buy a home shirt and a matchday ticket.

The game’s afoot. And in the meantime, remember, you’ve never had it so good.