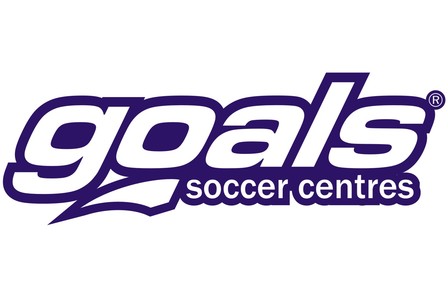 Manchester City top the Barclays Premier League on goal difference after an exhilarating first three rounds of matches in the English top flight. But, thanks to yet another tedious international break, footy fans everywhere are feeling glum.

Without the likes of Eden Hazard, Wayne Rooney and Mesut Ozil strutting their stuff in the world’s best league, weekend pub trips with your mates seem to lack spark. But instead of contemplating yet another samey story about the failings of the Three Lions, why not grab your mates and a ball and get down to your local Goals arena and keep the beautiful game alive while Fat Sam and his lads make their way back from Slovakia and their unwatchable kick-about?

Goals, the world’s leading five and seven-a-side operators, have also provided a trio of added incentives. Firstly, if you sign a team up in September, you’ll automatically be in with a chance of winning a brand new Xbox One S and a copy of the upcoming FIFA 17. Goals have four to give away, with a winner announced every week in September.

Boasting state-of-the-art five and seven-a-side arenas with the latest ProTurf playing surfaces across over 500 enclosed, floodlit pitches, Goals is the ultimate destination for the skillful, the hard as nails, and the eccentric. Goals have over 130k players every week, with every one of their pitches FA accredited. Every centre has its own fully licensed sports bar with BT Sports, free wifi and function rooms.

And if an Xbox One S and FIFA 17 wasn’t enough, Goals have also managed to get hold of a whopping six tickets for England’s upcoming World Cup qualifying match against Scotland at Wembley on Friday 11th November. A darn-sight more interesting than another chilly night in Eastern Europe; the latest in the timeless Anglo-Scot football rivalry is sure to be a blood and thunder encounter – and you and your friends could be in with a shout of scoring tickets.

Hosted by 46 Goals centres across the UK, the “Carlsberg 5” tournaments will start from mid-September onwards (£25 entry fee per team), with the winners from each individual tournament entered into a draw, with the team then drawn receiving all six tickets, with their travel and accommodation also paid for.

Much like United signing Paul Pogba after securing Zlatan Ibrahimovic; Goals aren’t finished with the prizes just yet.

There’s another inventive way of bagging an Xbox One S and FIFA 17. Namely the Goals Skill Circuit – a gauntlet run incorporating a number of key footballing traits made to find the fastest circuit player in the UK!

Free to enter at your local Goals centre, with as many attempts as you like, the player must first dribble round a set of cones, hit a target, hit the crossbar, do five keepy-ups in a tight space, and finally sprint to the finishing cone and pop it on their head.

Easy right? But can you do it in the fastest time?

With three chances at winning amazing prizes, September really is the month to dust off the boots and get down to Goals. For football fans, playing on a pristine pitch with your mates at one of the many centres from the best five and seven-a-side providers is surely reward enough.