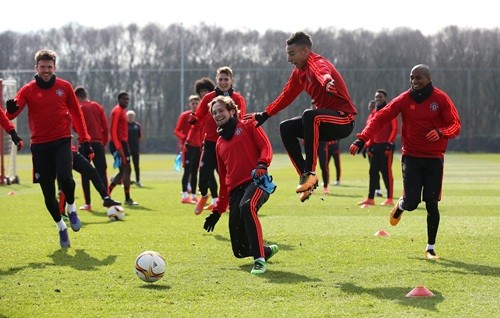 Manchester United have been handed a massive boost after Ashley Young and left-back Cameron Borthwick-Jackson returned to training as Louis van Gaal’s side prepare for the second leg Europa League clash against Liverpool.

The first leg of the last 16 European tie between the arch-rivals saw the Merseyside club register a comfortable 2-0 victory. It was the former Barcelona and Bayern Munich manager’s first defeat to Liverpool as United boss.

Young last featured in United’s 1-0 victory over Liverpool at Anfield in January and was withdrawn early in the game due to a groin problem. Borthwick-Jackson replaced him in that game and has been impressive in his full-back role.

Borthwick-Jackson’s last appearance came during the Red Devils’ 3-0 victory over Shrewsbury Town in the FA Cup. United confirmed it on their official website. It read, “Ashley Young and Cameron Borthwick-Jackson were among the Manchester United players training in front of the assembled media ahead of Thursday’s Europa League tie with Liverpool at Old Trafford.”

It is still not sure whether Young and Borthwick-Jackson can feature when they face Liverpool on Thursday evening. Marcos Rojo has also returned from injury and has been used on the left side of the defence.

Either way, the return of players from injury will give Van Gaal and United a boost as they look to seal a berth in the FA Cup semi final and also challenge for a place in the top four this season.

Few photos from the training session are given below: 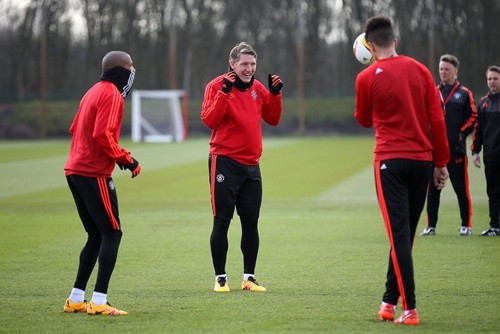 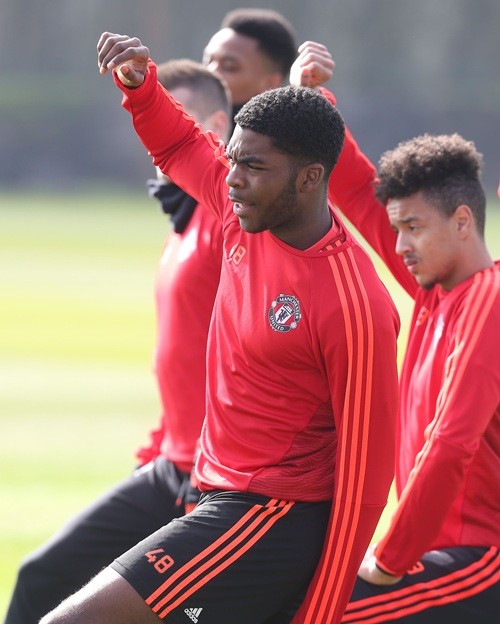 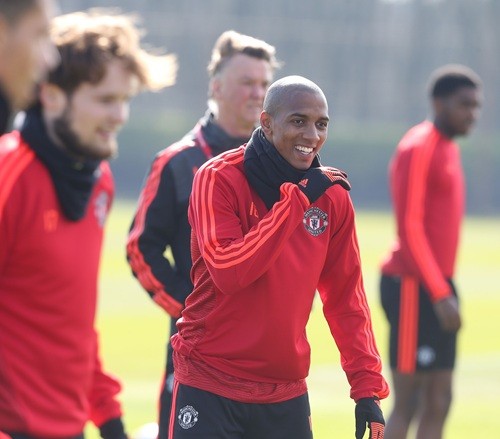