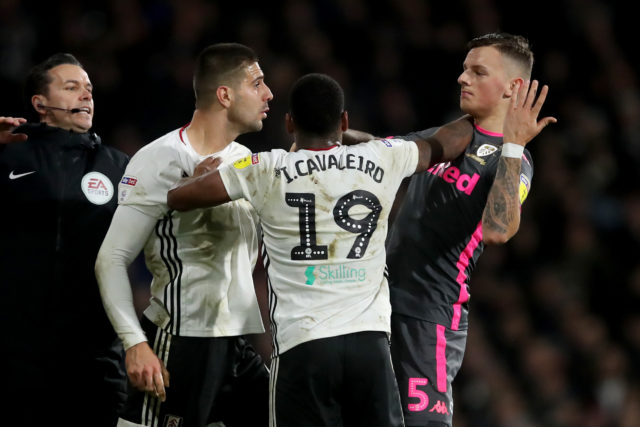 With West Bromwich dropping points against Brentford, Leeds have taken a three-point lead at the top.

Patrick Bamford, Ezgjan Alioski and Jack Harrison scored for the Whites as Leeds picked up all three points.

Aleksandar Mitrovic appeared to lead with his elbow into White inside the opening two minutes and though it was unseen by the referee, the Fulham striker is almost certain to face retrospective punishment.

However, the 22-year-old defender didn’t look rattled, rather he kept on with his game, which has been praised by Phil Hay of the Athletic.

White joined Leeds on loan last summer from Brighton and Hove Albion and has been one of the most consistent performers for Marcelo Bielsa’s side.

Brighton boss has stated earlier that he has big plans for White, and therefore it won’t be easy to lure him away.

Leeds would be interested in signing him on a permanent deal but there is interest from other Premier League clubs as well.

Phil Hay has claimed that White could cost in the region of £20m if Brighton are willing to sell the defender at all. He feels it will be a tough deal to pull through.

scouting. I honestly think he’s surprised a lot of people with this form, including Brighton

a bit of all of it. Looks like a tough deal to do