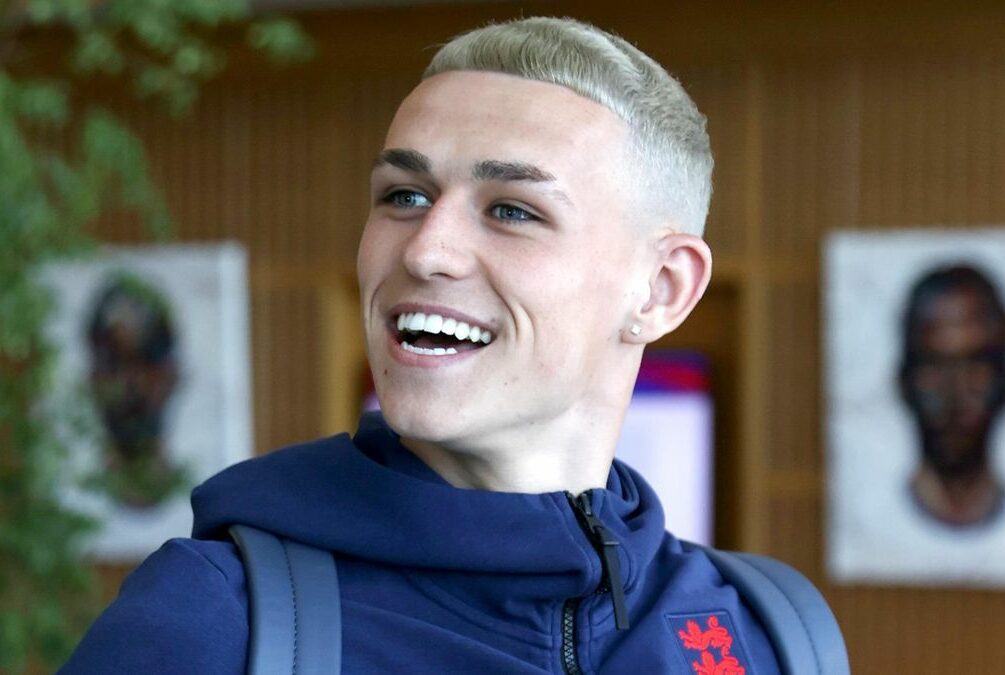 Public reaction to Phil Foden’s newest haircut has prompted a conversation about how different players are treated by the media.

The Manchester City youngster recently revealed his new look to the world, adding some silver dye to his hair.

The English press have taken a liking to it, comparing it to the bright hairstyle Paul Gascoigne wore at Euro 96.

It was at that tournament that ‘Gazza’ scored a spectacular goal in the group stages against Scotland.

This summer, Foden has the chance to replicate Gascoigne’s success on June 18, when England face Scotland again in the group stages.

However, footballers with flashy haircuts haven’t always been treated so kindly by the media.

Manchester United midfielder Paul Pogba has received a lot of negative attention for his styles. The Frenchman has notoriously sported several different looks throughout his career.

Foden’s club and country teammate Raheem Sterling is another example of a player who has been criticised for his haircuts.

The difference in treatment between black and white players in the English media has been a topic of discussion for some time now.

Sterling spoke out about this in an Instagram post in 2018, days after being the victim of racist abuse in a match at Stamford Bridge.

Meanwhile, the debate over taking the knee is still going on. The Three Lions will continue to take the knee this summer, despite booing from some supporters in the warm-up games against Austria and Romania.