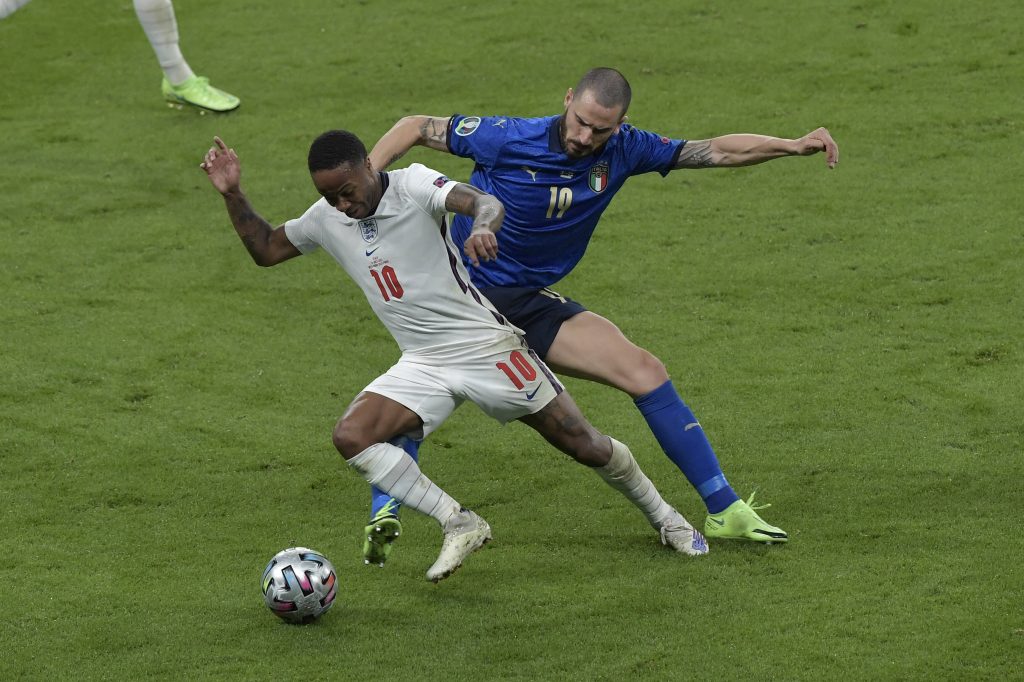 After a month of goals, late drama, penalty shoot-outs, controversy and everything else that makes football so wonderful, Euro 2020 has finally come to an end.

Congratulations to Italy, who defeated England on penalties in the final on Sunday.

All things considered, it was the correct result. Over the last few weeks, they’ve been the best side of the 24.

Following all that excitement, here is our pick for the Team of the Tournament.

Gianluigi Donnarumma (GK) – It feels like Donnarumma has been around for a while now, but he is still just 22-years-old.

He’s already one of the best goalkeepers in the world and could go down as one of the greatest of all time if he continues on his current trajectory.

He was given the Player of the Tournament award after Sunday’s final, having kept three clean sheets and conceded just four goals.

His heroics in the penalty shootouts against Spain and England were a huge contributor to the Azzurri’s triumph.

Kyle Walker (RB) – Kyle Walker was put in the England side for defensive solidity, and that’s exactly what he provided.

With the Manchester City man in the side, Gareth Southgate’s men conceded just twice all summer.

While he sometimes looked shaky on the ball, no attackers were able to get past him. His lightning pace was vital on the recovery, and allowed the Three Lions to play higher up the pitch.

Alongside club teammate Giorgio Chiellini, the veteran made life difficult for every opposing attacker.

His defending was spot on, as was his distribution out from the back.

On top of this, he stepped up when his team needed him, bundling in an equaliser in the final before converting his penalty in the shootout.

Harry Maguire (CB) – Before the tournament, there were concerns over whether Harry Maguire would be fit to play.

In fact, he missed the opening two games with an injury, and many English fans believed that he should have been left at home.

Nonetheless, he was selected and performed brilliantly when he came into the starting XI.

His personal highlight will have been his quarter-final goal against Ukraine, as well as his perfect penalty in the shoot-out against Italy.

Luke Shaw (LB) – Picking a left-back is tricky, because there have been so many strong ones.

Joakim Maehle was brilliant for Denmark, Leonardo Spinazzola was shining before his injury, Steven Zuber ended the tournament with the most assists, Jordi Alba was a constant threat for Spain.

However, it’s difficult to ignore Luke Shaw. Four clean sheets out of six, three assists, and a goal in the final – he’s come a long way in the last year.

Jorginho (CM) – Jorginho played a crucial role in Italy’s victory, often tying things together in the middle of the park.

The former Napoli midfielder played the role of pacemaker, often dictating and dominating games alongside Marco Verratti and Nicolo Barella.

Additionally, he was the toughest tackler of the three, helping shield the Italian backline.

Paul Pogba (CM) – It may seem a bit strange to select someone who was eliminated in the round of 16, but Paul Pogba’s performances in the early stages of the tournament couldn’t be snubbed.

While France were well below their usual standards for most of Euro 2020, Pogba was glowing in midfield.

He played several of the passes of the tournament, and also got himself a screamer in the round of 16 against Switzerland. It’s a shame we didn’t get to see more of him.

Pedri (CM) – Those who watch Barcelona regularly know just how much potential Pedri has. This summer, he announced himself to the rest of the world.

The Spaniard was awarded the Young Player of the Tournament award, earning the prize after several bright showings in midfield.

He was calm on the ball, positive, and always looking to create something. The 18-year-old has a huge future ahead.

Federico Chiesa (RW) – In truth, the selection of right-wingers is somewhat lacking.

Xherdan Shaqiri can perhaps count himself unlucky, having performed admirably for Switzerland.

But Federico Chiesa is our pick. Having started the tournament behind Domenico Berardi, the winger forced his way into the starting XI.

He netted fantastic goals against Austria and Spain in the knockout rounds, and caused all kinds of problems for England in the final.

Patrik Schick (ST) – Many people’s pick for the striker spot would have been Cristiano Ronaldo, given that he won the Golden Boot.

However, Patrik Schick managed to match him for goals, and did more in the knockout stages.

Schick immediately made his mark on Euro 2020 with a wonderful performance against Scotland, scoring a fine header and a beauty from the halfway line.

He carried this form into the next four games, finding the net against Croatia, Netherlands, and Denmark.

He was wildly out of form for Manchester City, while Jadon Sancho and Jack Grealish were playing brilliantly for their clubs.

The former Liverpool winger has well and truly silenced the critics with a string of good performances on the left.

He bagged himself three goals against Croatia, Czech Republic, and Germany, assisted the opener against Ukraine, and won the decisive penalty against Denmark in the semi-finals.