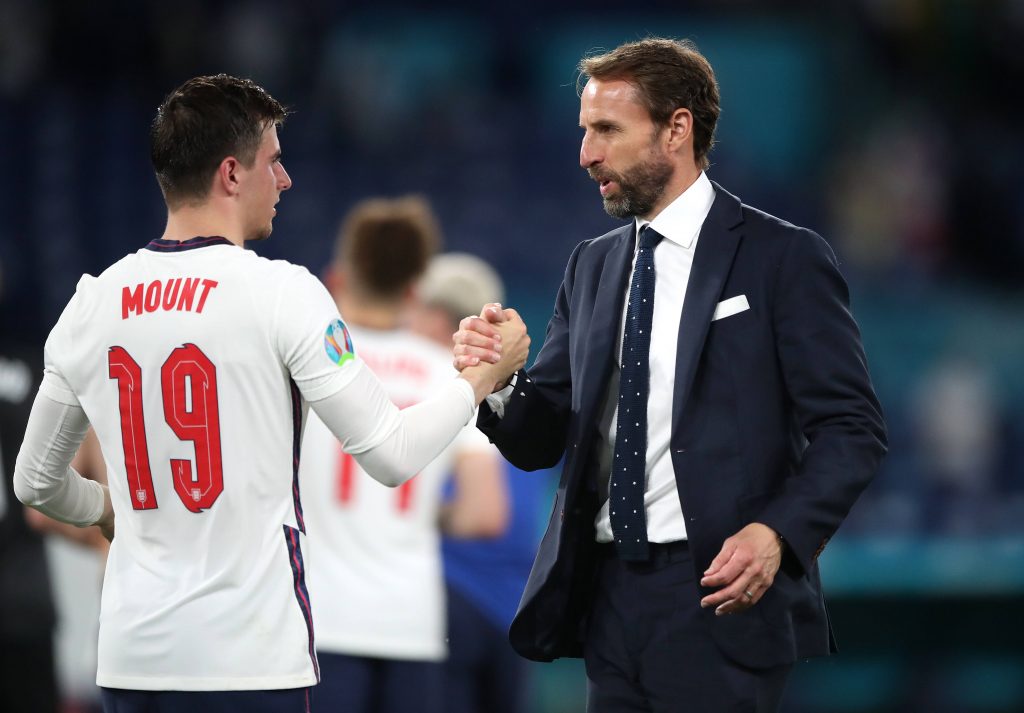 Much like waiting for birthdays to come when we were children, the next two days will drag, won’t they?

The 2020 European Championships have been excellent, and hopefully the final between Italy and England will be a fitting climax to a wonderful month.

We’ve just a handful (if you’re missing a thumb) of the Euro 2020 Diary left to write, so let’s get stuck into the latest one.

The starstruck youngster who cried tears of joy after Mason Mount gave her his England shirt has been in big demand with the media today.

Belle McNally appeared with her dad on the ‘This Morning’ show and was once again left blubbing after receiving a video message from the Chelsea star.

10-year-old Belle’s dreams came true this week when midfielder @masonmount_10 spotted her in the crowd after the match and gifted her his shirt. But he had one more surprise for her, and we’re not quite sure she was ready…

Grab the tissues everyone! ❤️ pic.twitter.com/qGtgye7z1r

The Three Lions ace thanked Belle for her support, leaving her crying tears of joy as hosts Phillip Schofield and Holly Willoughby watched on.

In the midst of a high-profile tournament, it was fabulous to see Mount taking time to engage with a young fan in this way. Top job, everyone!

The England team’s official Twitter page published an interesting graphic this morning, highlighting where the current crop of players started their journey in football.

Clubs like Ridgeway Rovers won’t register on the radar of most fans, but they were the ones who guided Harry Kane through his formative years.

From the grassroots game to the #EURO2020 final…

The next generation of players can take huge inspiration from the fact that most England players started with clubs no one has heard of.

The tweet also highlights why grassroots and the football pyramid is so important. Fans who think the world ends with the Premier League would do well to remember this.

To boo or not to boo

Former Manchester United star Gary Neville has jumped to the defence of England fans who booed the Danish national anthem on Wednesday.

The incident resulted in UEFA opening disciplinary proceedings against England, but Neville questioned whether it was actually disrespectful.

The Italian national anthem is so sensationally good that if you go on Sunday do what I did on tuesday – sing along with it. The words are on the big screen, you’ll think you can speak Italian, it’s so life-affirming & then you can sing God Save the Queen! Simples! #EURO2020

Broadcaster Mark Pougatch joined Gary Lineker in urging fans not to boo the Italian national anthem on Sunday, and we’re with them on this one.

As we pointed out at the start of Euro 2020 – it’s the best anthem out there. Enjoy the spectacle and then loudly implore God to save your Queen – or don’t if you’re an atheist or anti-royal.