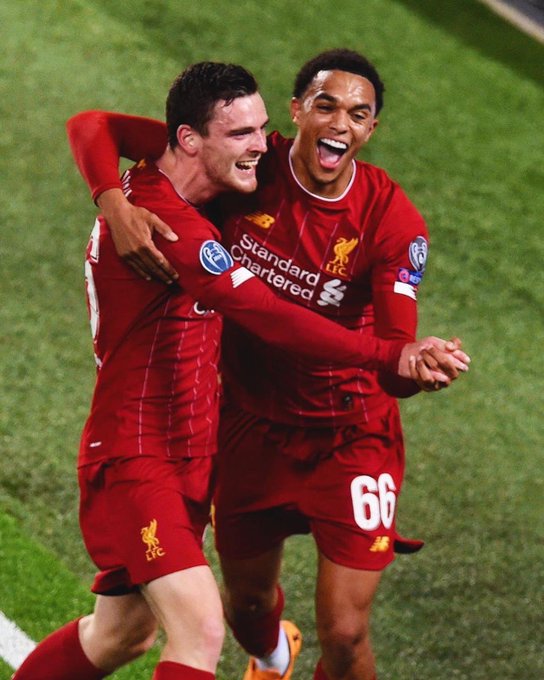 Liverpool got their Champions League defence up and running with victory in an incredible game at Anfield on Wednesday night.

The Reds went 3-0 up in the first half with goals coming from Sadio Mane, Andy Robertson and Mohamed Salah. The visitors fought back brilliantly and made it 3-3 before Salah grabbed the winner midway through the second half.

Robertson turned in a cross from Trent Alexander-Arnold to score his first goal in the Champions League, and second overall in his Liverpool career.

The 25-year-old, who is on £50k-per-week wages at the club, is arguably one of the best left-backs in the Premier League, and in the world as well, at the moment.

The Scotland international is an epitome of consistency, and he is vital to Liverpool’s success under Jurgen Klopp.

Liverpool lost their Group E opener to Napoli last month, but on this occasion, they somehow managed to churn out a positive result.

The Reds will return to Premier League action this weekend as they host in-form Leicester City on Saturday.