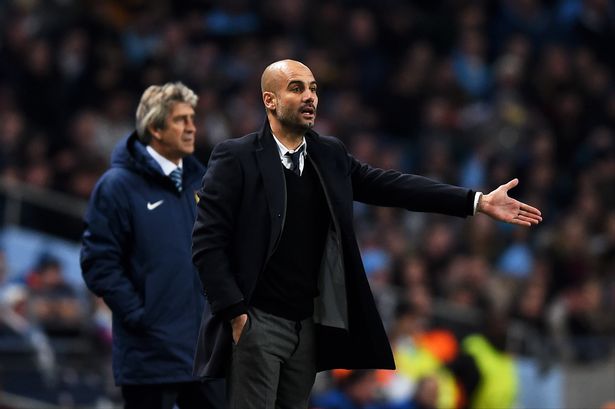 It’s been a little more than a fortnight since the worst kept secret in football was officially confirmed. After months of speculation, Manchester City confirmed on February 1 that Pep Guardiola has signed a three-year deal to replace Manuel Pellegrini. While City remain fighting on four fronts under Pellegrini this season there has been a consensus that the news could prove an unwelcome distraction, but the fanfare of securing world football’s most in-demand coach is understandable.

I’m sure we all know the numbers by now – 19 major honours and counting in seven seasons. This includes five league titles in six seasons, two Champions League triumphs and and an average points haul of 94.62 per season. Despite the incredulous statistics however, there seems to be a subtle assumption that Guardiola’s achievements are slightly diluted given the fact he has managed two of the biggest clubs in the world. It stems from the belief that the depth of quality in the squads he has inherited mean just about anyone could manage Barcelona, and in the Bundesliga literally anyone could manage Bayern Munich. Both of those statements belong in the same bracket as the tooth fairy and Santa Claus – fantasy.

First there’s the assumption that Pep inherited a golden generation at Barcelona that was primed and ready to make history either way. Granted, the talents of Iniesta, Vaxi, Messi, Henry, Eto’o were ready and waiting for the incumbent Guardiola but history forgets that he inherited an out-of-sorts squad by Barcelona’s standards. In Frank Rijkaard’s last season, 2007-08, Barcelona finished 3rd in La Liga, as astounding 10 points behind Manuel Pellgrini’s Villarreal. The same players aforementioned, including Ronaldinho, Deco, Yaya Toure – the list is endless – couldn’t get near Villarreal domestically. Frank Rijkaard had lost focus and with it his team’s focus. There was a lack of intensity not befitting of a Barcelona team, characterised by the attitudes of superstars like Ronaldinho and Deco. It’s almost contrary to popular belief that Guardiola took over a Barcelona at a particularly low ebb.

That lack of intensity would be the first thing out of the door that Guardiola had just walked in. Ronaldinho, Deco and Eto’o – major cogs in the Rijkaard system – were almost immediately dismissed. Ronaldinho went for a cut-price to AC Milan and Deco left for Chelsea for just £8m. Samuel Eto’o survived after stern warnings about his future commitment, and would score 36 goals as part of the treble-winning squad in 2008-09 but only after he had bought into Guardiola’s vision and met his demands.

Guardiola places high demands on his players, some of whom don’t see the method behind the perceived madness. For example, he imposed fines at Barcelona of €500 per five minutes of lateness to training, up to €6,000. Whether this is the case at each club or is tailored to suit will remain to be seen but for players who earn six-figure salaries each week it’s the symbolism rather than the money that has the impact – nothing but the highest standards of professionalism will be tolerated. On the other hand though, every four consecutive league victories or two Champions League wins on the trot, Guardiola takes his whole backroom staff and playing squad for lunch or dinner. The rewards are equally as high as the demands.

This will undoubtedly have repercussions for the current Man City squad. There’s a consensus that Yaya Toure will be first on the list of casualties, as was the case when Pep took over at the Camp Nou. Toure is always a luxury and frequently a liability. His lazy demeanour and lack of willingness to work defensively mean that he has no place in any Guardiola system. Tactical flexibility is key for Guardiola’s players, due to his constant formation-changing, and Toure – especially at 33 – doesn’t have that capacity to adapt.  The current Manchester City squad, for all it’s perceived depth, is laced with players who aren’t good enough to cut it at the level City want to get to. Aleksandar Kolarov, Gael Clichy, Jesus Navas and Fabian Delph, to name a few, won’t make Man City European football’s dominant force. Take Kolarov, for example. His use of the ball in forward areas is so poor far too often, and it’s hardly made up for by exceptional defensive ability. Left-back is likely to be high on the list of priorities in the summer transfer window as Guardiola looks put his imprint on the squad.

Speculation surrounding how David Silva might fit into Guardiola’s plans has been mooted since the appointment was confirmed. Silva has been integral for City since he arrived from Valencia in 2010. His technical quality is undoubted, but he can be quite one-dimensional and is perhaps not tactically disciplined enough. That being said, Guardiola has always tailored his approach to suit his inherited squad’s strengths – false 9 role for Messi; more traditional no. 9 role for Lewandowski at Bayern. Despite the reservations about Silva’s future, he has too much to offer to be offloaded by Guardiola – unless an exceptional alternative is found.

The rumour mill has also entered overdrive since the news broke at the start of the month. Everyone speculates about how much money Pep will have to spend and how many former players he might be able to lure to the Etihad. £150m is the most popular figure being banded around, but I don’t think we can surmise where City will draw the line in terms of finance – the recent abundance shows no signs of abating with the increase in TV revenue from next season. Robert Lewandowski has already been linked with a move to Manchester, as Guardiola lavished praise on his top scorer last week. This seems unlikely though, as Lewandowski and Aguero in the same squad is as unlikely as it is needless. Paul Pogba has also been linked to the Etihad on numerous occasions recently, but his heart is said to be set on a move to Spain. It remains far too early to know for sure who’ll join up with Guardiola at City in the summer, but one thing is for sure, if anything is going to lure the most in-demand talent in the game to the Etihad then it is surely the opportunity to work with the undisputed number one coach on the planet.

Attention-to-detail, high intensity, and trophies are all part of the package with Guardiola. This will be his toughest managerial assignment to date because the Premier League, if not the best league in Europe, is undoubtedly the most competitive. This makes the dominance he achieved with Barcelona and Bayern Munich considerably more difficult to replicate in England. The one guarantee is that it makes next season intensely fascinating, even without the pending appointment of Guardiola’s great rival Mourinho in the hot seat at Old Trafford. It’s rare that an established world no. 1 chooses to come to England at the peak of his powers, as football supporters we should relish the chance to see one of the game’s modern greats work so closely. Manchester City will start next season as title favourites, and I suspect it will take a very good team to stop them.