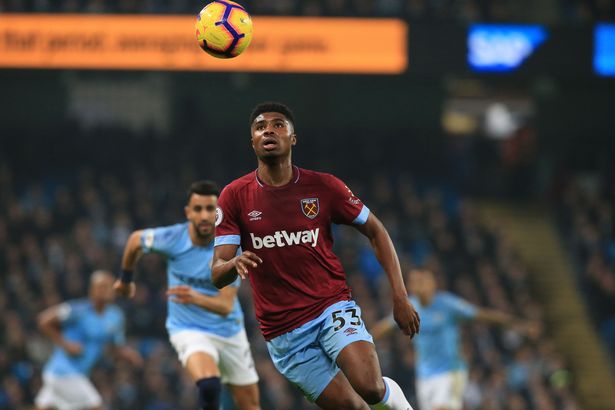 The youngster was handed his debut against the Premier League giants and he managed to cope with their intensity and pressure quite well.

Speaking to Football London, Pellegrini admitted that he took a big risk in starting Johnson against a team of Manchester City’s quality but it has paid off.

He said: “Of course it was a big risk. But we didn’t have any other option. Masuaku is injured, Cresswell broke his toe in the last game, Zabaleta is just coming back from a back injury that he was not able to play the full game. Unfortunately for him [Johnson], this was his first game! But he didn’t do so bad, he had good answers every time they tried to attack down his side. I changed him not for his performance, he had a calf problem. He is also a right back, not a left back but he had to play and he did very well.”

Johnson’s inexperience could have cost him dearly against the likes of Mahrez, Sane, Aguero and Sterling but the young defender showed composure and maturity throughout the game.

West Ham defended brilliantly as a unit and on another day they could have got something from the game.

Felipe Anderson’s challenge on Bernardo Silva resulted in the match winning penalty for the home side in the second half.

Johnson will be pleased with his debut and the comments from his manager. The youngster will look to build on this and hold down a starting berth going forward.