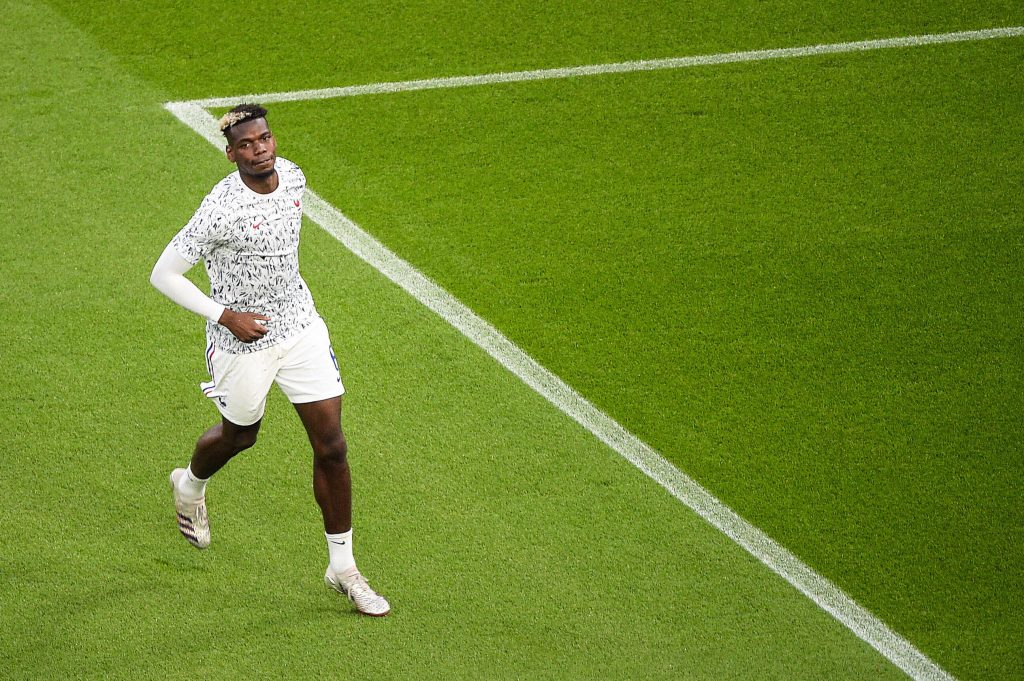 The French midfielder is a charismatic figure both on and off the pitch and has often drawn attention with his hilarious haircuts.

However, his latest hairstyle has raised questions about his future as Pogba appeared against Germany with a haircut featuring black and white dye.

His appearance has opened a boulevard of speculations connecting his new look with his former club Juventus, where the 28-year-old playmaker spent the best years of his career.

With Pogba’s future at Old Trafford hanging in the balance, the Serie A giants have emerged as potential suitors if United decide to cash in on their star this summer.

But the player is adamant his new look has nothing to do with his future, insisting his “hair changes often.”

“Is the black and white hair a signal for the future? I was expecting this question,” he told Sky Sport Italia.

“There is no future now, only the European Championship. The hair changes often.”

Despite France’s unconvincing displays in the Group of Death, Pogba has been nothing short of exceptional at Euro 2020 so far.

He put up a classy performance against Germany on Wednesday, delivering a perfect assist to Karim Benzema for Les Bleus’ second goal of the game.

Pogba’s displays at the European Championship come as further confirmation of his notable upturn in form.

The highly-rated midfielder established himself as one of United’s standout performers down the final stretch of the 2020/21 season.

He has turned into one of Ole Gunnar Solskjaer’s most trusted allies at the Theatre of Dreams, winning back the fans’ support in the process.

Although the Red Devils remain keen on extending Pogba’s contract, the player’s agent Mino Raiola continues to throw a spanner in the works.

The super-agent looks determined to secure his client a way out of the Premier League this summer, with Juventus and Real Madrid waiting in the wings, with the player entering the last year of his contract.

His stand-out performances at the Euros are likely to earn him a bumper contract offer from Manchester United – or elsewhere, if he decides to move.