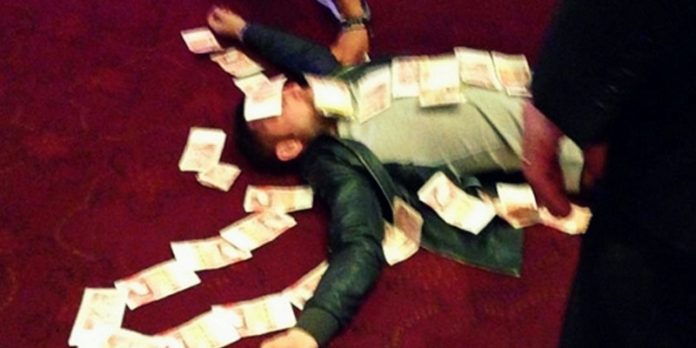 Paolo Di Canio has revealed that he has been shocked at the amount of indiscipline in the Sunderland squad that he has adopted, with a complete revamp of the side’s mentality needed. The latest incident to anger the Italian trainer saw Phil Bardsley lying prone on the floor of a casino in the early hours of Wednesday morning, covered in £50 notes.

The Black Cats were deep in the relegation mire when Di Canio replaced Martin O’Neill at the Stadium of Light, but the side lifted themselves to 17th place and survived the drop by three points. However, given Di Canio’s revelations, big changes on Wearside are on the agenda.

Paolo Di Canio’s revelations include the fact that seven players from the club were fined last week for a number of reasons. Bardsley, who was accompanied in the casino by soon-to-be free agent Matthew Kilgallon, is very likely to leave the Stadium of Light this summer. Di Canio stated that the former Manchester United defender was not setting a good example for the club’s young players.

“I will think really carefully about what happens. I always give people a second chance, but we are talking about someone who is 31 years of age with a family at home.

“I am not here to be a priest that has to convince people to behave differently, but I am talking about my club and my team.

“If we do not punish this, they will grow up and laugh about what they saw in the website picture.”

Paolo Di Canio joined Sunderland from Swindon Town, and stated that he felt that his new crop of players were less professional than his former charges.

“At the beginning, I thought it would be difficult. Week by week, day by day, I have discovered we have more problems than I expected. What we discovered this week is only one aspect of the problems we have.

“I thought at Swindon in League Two they were ignorant, arrogant footballers who did not have a chance at the top level.

“I have to tell you, I have found a worse environment in terms of discipline at this club. This is what I have found in the last few weeks, so we have to change it completely.”

The picture that Di Canio paints is certainly not reminiscent of a Premier League club, and it is true that the new boss will have a job on his hands this summer to get his playing squad in shape. 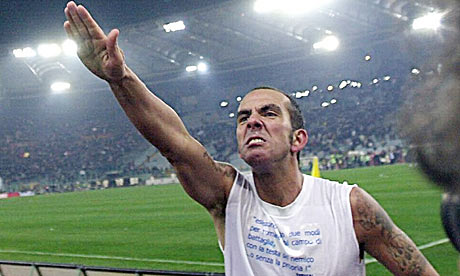 However, thinking back to Paolo Di Canio’s playing career, the Italian forward was hardly the perfect role model himself. The self-proclaimed fascist was guilty of making a racist salute to the Lazio fans when he played with Roma.

After moving to England, he was never too far from controversy either. Pushing referee Paul Alcock to the ground and receiving an 11-match ban was the most high profile of his misdemeanours.

Whether Di Canio himself was a role model or not as a player however, his current squad must now abide by his rules. Regardless of the controversies he was involved with as a player, the Sunderland squad must give their new manager the respect that any Premier League boss deserves.

Should Paolo Di Canio manage to instil discipline into the Black Cats squad, Sunderland will most likely not be involved in a relegation battle next season.