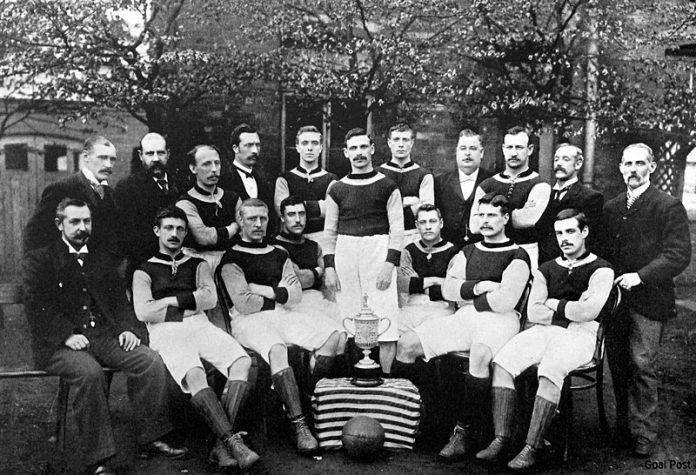 On this day in 1895, the FA Cup was stolen from a shop in Birmingham. It has not been recovered to this day.

Aston Villa were the reigning champions after beating West Bromwich Albion 1-0 in the final earlier that year at Crystal Palace. Winger Bob Chatt scored inside the opening minute to give Villa their second FA Cup. As a show of appreciation to the fans, the Villains displayed the Cup from a shop window of a local football boot & equipment manufacturer named William Shillock.

Mr. Shillock went to work as usual in the morning of 11 September but found out that his shop had been robbed. The thieves took some money out of the cash register but more importantly, had also stolen the FA Cup trophy.

An investigation was soon called and a £10 reward was offered for information that could lead to the recovery of the stolen cup. But alas, nothing ever came out of it. The Football Association fined Aston Villa £25 for failing to guarantee the safety of the cup.

Decades later, a very old former criminal confessed to have stolen the trophy in 1895 but there was no evidence that linked this man to the original theft. Therefore no arrests were made and this man walked free.