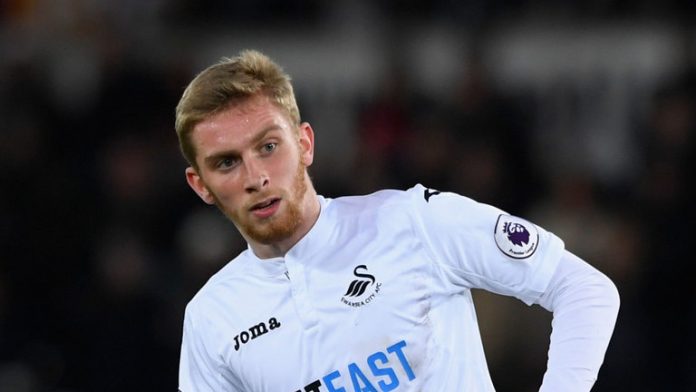 The player has admitted that he would love to work with Steven Gerrard at Ibrox next season. It will be interesting to see whether the two clubs can agree on a fee now.

The 22-year-old forward believes that joining Rangers could help him hold down a regular starting berth for Scotland as well.

He said: “I am a Rangers fan and, whatever happens, I want Steven Gerrard to go there and do as well as he can. I want Rangers to get back where they belong. Whether that’s with me there or not, it is what it is. I’ve always said that I would love to play for Rangers. I have one year left at Swansea but there is obviously no manager there. It is kind of up in the air at the minute. When I get home, I’ll speak to the relevant people and see what happens. I want to play first-team football now. I want to play at the highest level possible every week. My loan spell at Barnsley was my first taste of playing at a good level regularly and I really enjoyed it. I scored nine in 16 games and I got player of the season there. I want to be somewhere I can play every week and be the main man.”

McBurnie is a boyhood Rangers fan and therefore his desire to join them is understandable as well.

McBurnie played for Swansea and Barnsley last season and the young forward managed to score 19 goals in 36 games.

He will be a very good addition to Steven Gerrard’s side if the deal goes through.

Swansea are going through a transition period right now and a move away from the Welsh outfit would be ideal for the player. McBurnie has a year left on his deal with the club, who are without a manager right now.