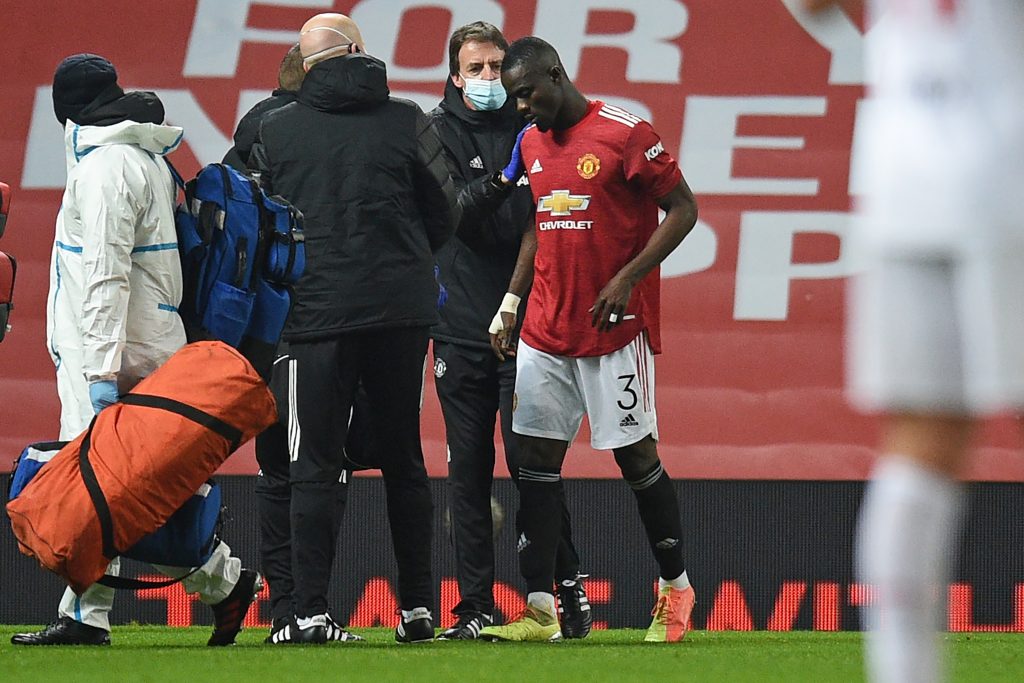 Manchester United manager Ole Gunnar Solskjaer has provided a fitness update on Eric Bailly following the club’s 1-0 win over Watford in the FA Cup third round.

The Ivory Coast international has recently put up a string of impressive displays and was handed a starting spot on Saturday where Solskjaer made numerous changes.

The centre-back had a comfortable opening half, but he was substituted prior to the interval after he received a nasty blow to his neck.

United goalkeeper Dean Henderson punched a cross from a Hornets corner, but while doing so, Bailly was accidentally kneed by him on the neck.

It was initially suggested that there may be concussion but, speaking after the game, Solskjaer insisted that was not the case.

He added that the Ivorian had a sore neck and will be assessed ahead of the midweek league clash against Burnley on the road.

“There was no concussion – apparently it was his neck, a sore neck, but he couldn’t carry on so let’s check on him tomorrow,” he told via the club’s official website.

United managed to beat by the solitary goal after Scott McTominay, who was named captain for the first time, scored with a delightful header in the fifth minute.

They will now shift their focus to the Premier League and have the chance to go top of the table ahead of Liverpool, should they pick up at least one point in their game in hand against Burnley.

Irrespective of whether Bailly is fit or not, it is most likely that Victor Lindelof and Harry Maguire will be picked ahead of him in the central defence for Tuesday night’s clash at Turf Moor.