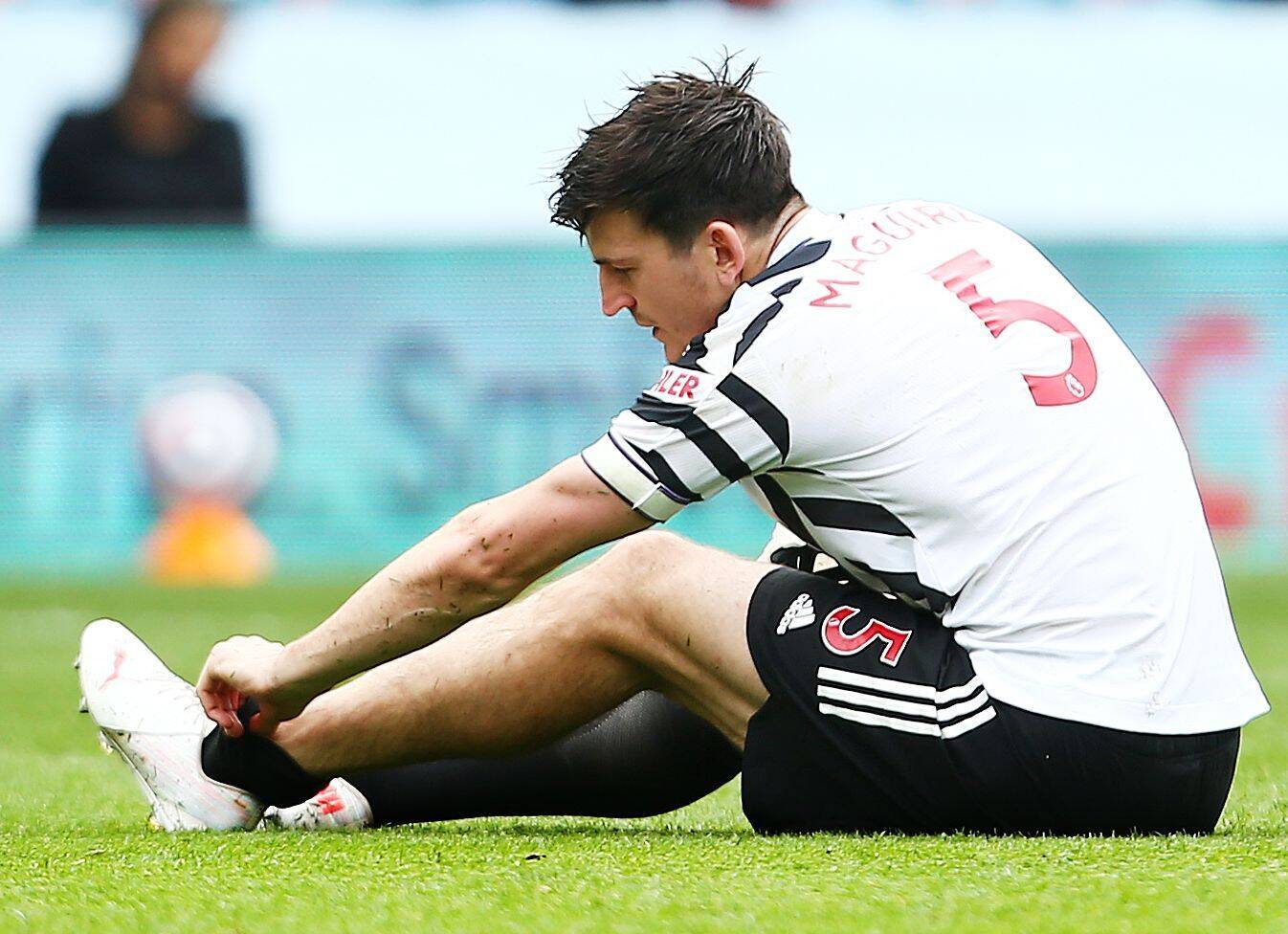 Manchester United manager Ole Gunnar Solskjaer has provided an injury update on Harry Maguire ahead of the Premier League clash against Liverpool on Thursday.

The England international sustained an ankle injury during the Aston Villa game last weekend, and he subsequently missed yesterday’s game against Leicester City.

In a press conference earlier today, Solskjaer highlighted that Maguire suffered an ankle ligament injury, but has managed to avoid a fracture.

He added that Maguire will miss rest of the league season, and the club will try their best to get him fit for the Europa League final against Villarreal.

He told Manutd.com: “The good news was it wasn’t broken. There was no fracture, but a ligament injury, of course, is serious as well. If I’m very positive – that’s maybe stretching it.”

“I’m hopeful that he might be ready for it. I don’t think he’ll play in the league again before [the end of the season]. We’ll do everything we can to get him ready for the final.”

Maguire, who is currently on around £190,000-a-week, had been ever-present for United in the league until he suffered the setback against the Villans.

His absence should offer one of Axel Tuanzebe or Eric Bailly the opportunity to partner Victor Lindelof in the heart of the defence for the remaining league games.

Bailly appears the most likely candidate, and it remains to be seen whether the Ivorian can form a good understanding with Lindelof, having barely played together this term.

United are currently second in the Premier League standings with three games remaining, and they will be aiming to end the campaign on a strong note.

Solskjaer is likely to recall several of the regular starters for the rescheduled game against the Reds, having played a second-string side in the 2-1 defeat to the Foxes.