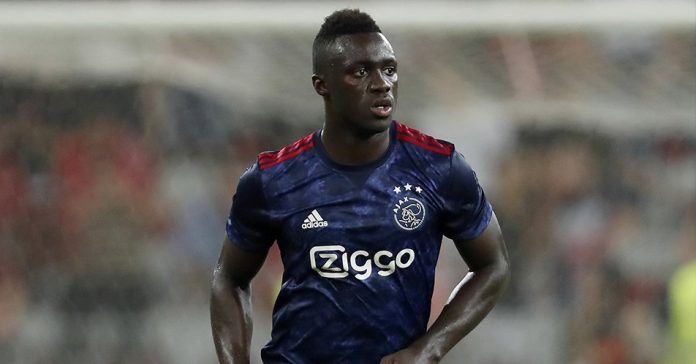 Tottenham have finally confirmed the signing of Davinson Sanchez this evening.

The Premier League giants confirmed that the player is set to undergo his medical now. Sanchez has already signed a six year deal with Spurs.

We are delighted to announce we have reached agreement with Ajax for the transfer of Davinson Sanchez subject to medical & work permit. pic.twitter.com/bCjP3ur3Ca

The 21-year-old Colombian defender joined Ajax in the summer of 2016 and he had a memorable debut season in Holland. The centre back ended up winning the player of the year trophy as well.

Sanchez is one of the best young defenders in Europe right now and the Spurs fans will be delighted to see him as their first summer signing. The Premier League giants are looking to add to their attack and midfield as well. Barkley and Keita have been linked with the Londoners this summer.

The official website has not confirmed the fee for Sanchez, but other media outlets believe that the deal will be worth around £42 million inclusive of add-ons.

Speaking to the club’s media after signing the contract, Sanchez revealed that he is looking to forward to working with Pochettino and is delighted to have joined a famous club like Spurs.

He said:  “I would like to thank the coach, management, players and fans of Ajax.  It is a great move for me to come here to develop my career. I am very excited to be signing for such a famous club as Tottenham Hotspur.  I am looking forward to working with Mauricio Pochettino and the players and meeting everyone there.”