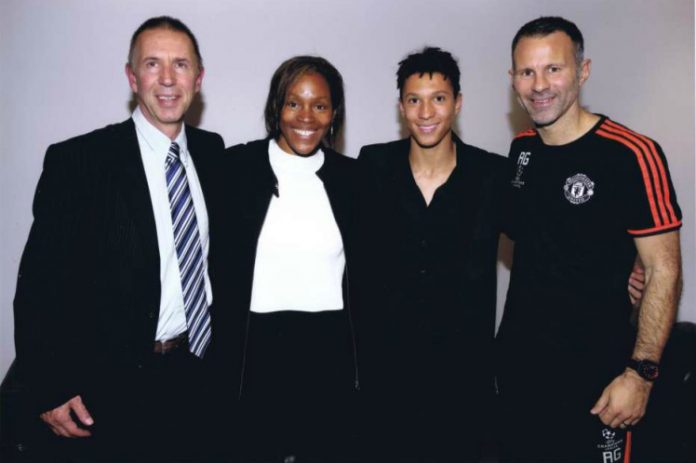 Manchester United seem to have completed the signing of the talented Swiss striker Nishan Burkart.

Recently there were reports that the striker is ready to leave FC Zurich and join Manchester United. Later the player’s father and Zurich’s president confirmed the deal as well.

Now the highly talented striker has been pictured with Ryan Giggs after completing his transfer to Old Trafford.

Burkart was frustrated with the lack of game time at FC Zurich and will join the Manchester United academy now. The Red Devils have planned a complete overhaul of their youth setup and players like Burkart are being signed to strengthen United’s pool of young talent.

Burkart is regarded as one of Switzerland’s most promising youngsters and has been tipped for stardom in his native country. Zurich president Ancilo Canepa confirmed that the 16-year-old striker will not play again for the Swiss outfit this campaign after signing for Manchester United.

Burkart’s photograph with the Manchester United assistant manager Ryan Giggs more or less confirms that the Old Trafford outfit have sealed a deal for the talented teenager.

According to Metro, Manchester United had been in negotiations to sign Burkart since last year.