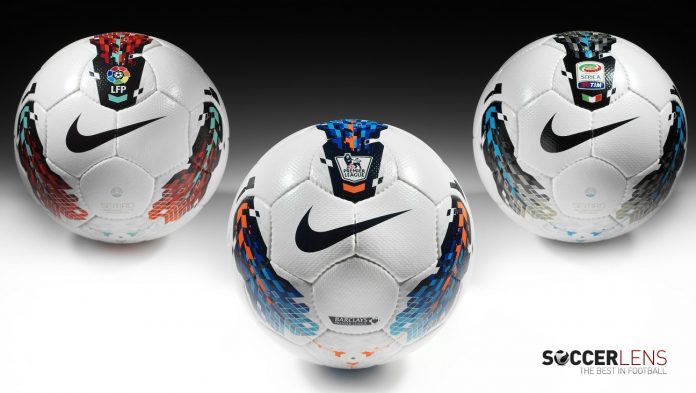 The new Nike Seitiro will replace the T90 Tracer, and is based on two driving philosophies -to enable the player to spot the ball immediately, and to deliver perfect aerodynamic stability so that the ball performs as intended by the controlling player.

The T90 Seitiro ball’s casing color, graphic design and contrast creates an optimal visual signal on the pitch, allowing for players to rapidly and intuitively spot the ball anywhere on the pitch. Nike claim that the Seitiro’s touch, stability and visibility make it the best ball on the planet, and it comes heavily endorsed by the likes of Wayne Rooney, Andrés Iniesta and Wesley Sneijder, but you only have to cast your mind back to the 2010 World Cup where Adidas rolled out 3 Adidas sponsored goalkeepers to talk about how good the Jabulani was when everyone was complaining about how they couldn’t work with it.

The bottom line is, a new football with an evolved touch and aerodynamics will need time getting used to. As Nike and Adidas try to build rounder, lighter and ‘truer’ balls, it eventually comes down to how well they perform on the pitch. For Nike, they have the comfort of a) the best marketing in world football behind their products and b) the ability to launch the ball across major domestic leagues giving players time to train with it in pre-season.

In other words, no matter how good or how bad the ball is, timing is everything.

The Nike T90 Seitiro is available at retailers worldwide and at www.nikestore.com from July 1st.