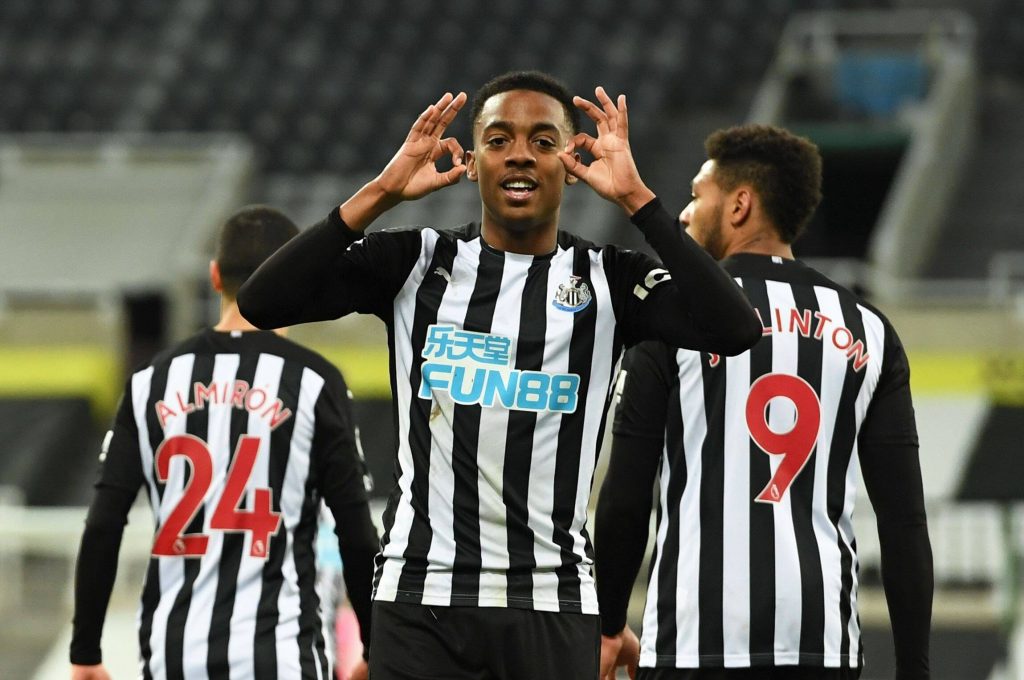 Newcastle United’s 2020/21 Premier League season at St James’ Park is drawing to a close as they welcome relegated Sheffield United in the penultimate round of fixtures, with the hosts the clear betting favourites with Vwin and other sports bookmakers.

Even though Newcastle succumbed to a 4-3 defeat to Manchester City in their most recent league outing, Steven Bruce’s men produced one of their best performances of the season.

In a seven-goal epic at St James’ Park, the Magpies were in front on two separate occasions but failed to hold on to a lead as Ferran Torres’ hat-trick coupled with Joao Cancelo’s strike stole the points away from the hosts.

That unexpected success in Merseyside was their second win in their last four league games, as many as they had in their previous 13 in the competition.

None of the seven Premier League meetings between Newcastle and Sheff Utd have ended as a draw, with four wins and three defeats for the Magpies.

However, Billy Sharp’s penalty was the only goal to separate the sides in the reverse fixture back in mid-January, marking the Blades’ first victory in the 2020/21 Premier League campaign.

They are now looking to complete their first league double over Newcastle for the first time since 1978/79. Easier said than done.

Going back to 1989, the Yorkshire outfit have lost all but one of their six trips to St James’ Park in all competitions, with a 1-0 triumph in the 2006/07 Premier League campaign being the lone exception in this run.

Since the turn of the calendar year, nine of Newcastle’s ten home Premier League matches have seen both teams score, with the Magpies drawing first blood in six of the last eight.

The Tynesiders have struggled to impress when playing on a Wednesday, having won just one of their last 24 Premier League fixtures contested on this day (D5, L18).

Newcastle have scored at least three goals in both of their previous Premier League games, last netting 3+ goals in three top-flight matches in a row in April 2006.

None of their last 22 Premier League fixtures have ended level (W6, L16) since a 1-1 away stalemate to Brighton & Hove Albion on December 20.

Before claiming a 1-0 win at Everton in their most recent Premier League trip, the Blades had suffered seven consecutive away league defeats, drawing a blank on six occasions this process.

If they fail to score at least twice at St James’ Park, Paul Heckingbottom’s men will finish the 2020/21 Premier League campaign as the only side not to hit double digits on the road.

Joe Willock has found the net in each of his last five Premier League appearances and could become only the third Newcastle player to score in six top-flight outings in a row.

Except for the legendary Alan Shearer, the only other player to manage such a feat was Papiss Cisse in 2012.

The Blades’ top-scorer David McGoldrick has netted just one of his seven Premier League goals this season away from home. His lone strike on the road came in a 2-1 loss to Arsenal at the Emirates Stadium on Matchday 4.

Since this is his final away Premier League fixture, the experienced striker will look to add to his tally.

Six of the seven Premier League meetings between Newcastle and Sheffield United have seen the winner on the day keep a clean sheet.

Bruce’s men have bagged at least two goals in three of their last four Premier League contests at St James’ Park, each time against the current top-seven opposition.

On the other hand, a genuine lack of firepower up front has seen the Blades net a league-low 19 Premier League goals this season on an average of 0.52 per game.

So we expect Newcastle to secure a landslide victory here and shut out the visitors.