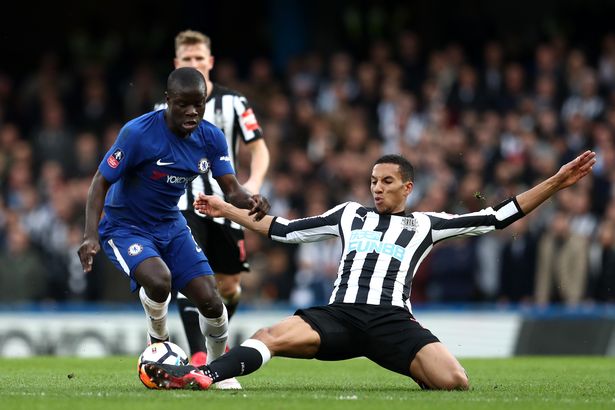 Newcastle are expected lose Isaac Hayden after the midfielder handed in a transfer request.

According to Daily Mirror, the 23 year old midfielder has asked to leave the club because of exceptional family reasons.

Hayden has already spoken to manager Rafael Benitez about his problems and it will be interesting to see whether the Magpies allow him to leave this summer.

Newcastle have already lost Mikel Merino to Real Sociedad earlier in the week and Hayden’s departure will further weaken the squad.

The 23 year old has explained to Benitez that he has a lot of admiration for the club and its fans but he is looking to move further south in order to be closer to his family.

The former Arsenal trainee managed to hold down a key role in the starting lineup last season and the fans would have expected him to take the next step now. Hayden played in key role in Newcastle securing promotion as well.

Hayden has three years left on the deal he signed at Newcastle in 2016 and he is wanted by clubs like Brighton.

Here is how the Newcastle fans reacted to the news.

In a world where Isaac Hayden is worth £10m, #NUFC‘s transfer record remains £17m.

He’ll be expensive to replace and as he wants to leave his value reduces.

Isaac Hayden didn’t become a bad player because he wants to leave, lads. Buckle up.

Wouldnt want him to go, rate @IsaacHayden65, needs to be given some game time.

It’s a shame he wants too leave, but 10 million is a great price, snap Brighton’s hand off bigtime!!

He is absolutely shit. Bite their hands off.

Although 4th choice he has always given his all for #Nufc & ive read many good things about his involvement with the foodbank. Wish him well

Best of luck him..the numpties slating him obviously only support the Toon when we are in the premier league..was my favourite player that season..Thanks for helping get back up at the 1st time of asking lad

Sad to hear this, Always a player who gave his all. Hope things work out. Always be 1 of us in my eyes. ⚫️⚪️⚫️⚪️