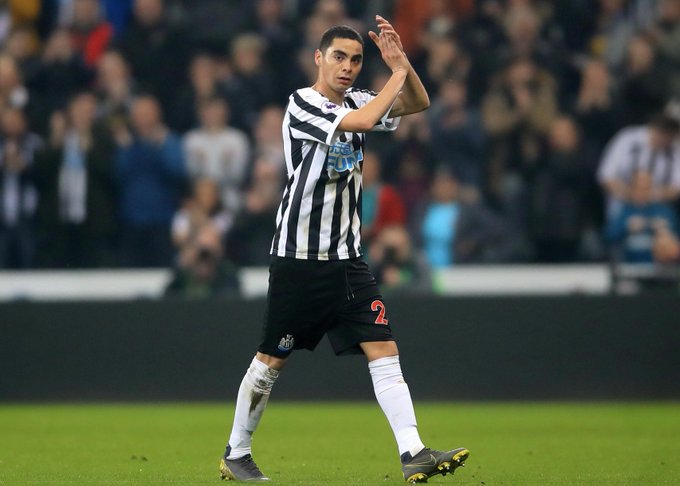 Newcastle United lost 3-1 against Liverpool at Anfield in the Premier League on Saturday afternoon.

While the Magpies did well to provide good competition to Liverpool, who have made a 100% start to the season, they were undone in the end by the sheer brilliance of Liverpool’s front three.

Newcastle fans have taken to Twitter to express their reaction to the performance of Miguel Almiron, who failed to score yet again.

Since his big-money move to Newcastle in the January transfer window, Almiron has struggled to find the net for the Magpies. While he has been extremely hard working, Newcastle fans are now growing frustrated with his lack of output.

The Paraguayan international couldn’t influence the game enough and was taken off by Steve Bruce in the second half. Newcastle fans are not impressed with his performance, and have criticised him on Twitter:

Almiron with his usual bleep test sesh. Piss off back to the mls

I’ve got a 34 year old subbuteo player with one leg in the bottom drawer who has more goals and assists to his name than Miguel Almiron.

Almiron has not been at his best this season and he needs to step up his game in the coming matches. The Magpies played really well in the first half, but the gulf in class was clearly visible when Roberto Firmino came on and changed the complexion of the game.