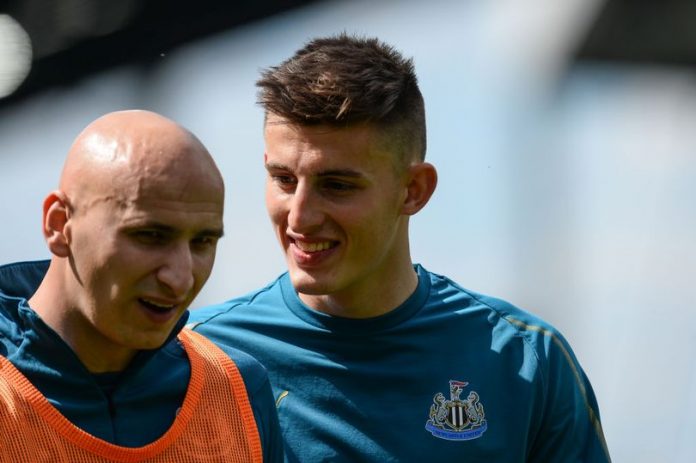 Newcastle United may have unearthed a diamond from their academy in the form of defender Kelland Watts during their pre-season tour in China.

The Chronicle has hailed him as Newcastle’s ‘rising star’ as he made his first start for the Magpies against West Ham in the Premier League Asia Trophy.

The 19-year-old defender travelled with the first team as Newcastle took on Wolves in Nanjing, and West Ham in Shanghai.

He came off the bench against Wolves to make his debut for the club, and made his first start for the Magpies against West Ham.

Watts has revealed the influence of senior players at the club has helped him cool his nerves ahead of the game. He was paired with Federico Fernandez at the back against the Hammers and he produced an impressive performance.

The youngster has revealed that Fernandez, who was signed by Rafael Benitez, spoke to him constantly during the game, and helped him calm his nerves. He said to the Chronicle:

“Whilst playing alongside Fede (Fernández), he talked to me a lot and when I first came on, he told me to just play my normal game. Throughout the week, I’d been taking in lots of information from all of the first-team squad. It wasn’t just from those in my position but in midfield too and what passes players liked to receive.

Watts has been impressive during the pre-season tour, and it remains to be seen whether Steve Bruce gives him sufficient game time this season to help him progress further.