Newcastle and West Ham ready to fight it out for Jota 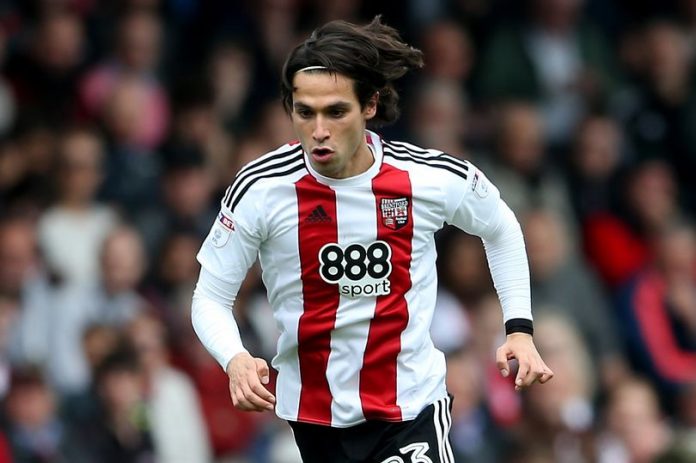 West Ham are looking to add to their squad ahead of the new season and the Hammers have identified Brentford’s Jota as a target.

According to Daily Mirror, the Hammers are interested in signing the Spanish playmaker this summer and will fight it out with Newcastle United for the 26-year-old’s services.

Jota has just one year left on his current deal and is one of the best midfielders in the Championship. During his time at the club, he was sent out on loan to Eibar twice due to personal reasons.

Both Bilic and Benitez want to sign the player for very different reasons. Benitez believes that the Spaniard would add much-needed depth to his midfielder and Bilic wants to sign Jota as a potential replacement for Manuel Lanzini.

The West Ham star has been linked with a move to Liverpool. Apparently, the Merseyside outfit could come in for the Argentine if they lose Coutinho to Barcelona. The Hammers are willing to offer Lanzini a massive five-year deal to stay at the Olympic Stadium but the player is unlikely to sign it before the end of the window.

Despite the lack of Premier League experience, Jota would be a very good addition to either side. His playmaking abilities will improve both teams going forward.