Nani given permission to speak with AS Monaco 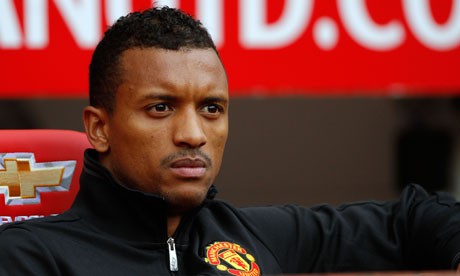 Manchester United winger Nani is said to have been given permission to speak with newly-promoted French Ligue One side AS Monaco over a potential transfer.

The 26-year old’s contract with the Premier League champions is set to expire at the end of the 2013/14 campaign. It’s unlikely to be extended, which means he will be the subject of interest from a number of sides this summer as United hope to cash in on the midfielder, rather than risk losing him for nothing at the end of next season.

AS Monaco emerged the favourites to secure his signature a number of weeks ago. Following their promotion, the French side have been spending big to mount a title challenge in their first season back in the top-flight. The Ligue One outfit have been recruiting Portuguese-based players, or of the nationality this summer – James Rodriguez, Joao Moutinho, and Radamel Falcao. Nani is of Portuguese nationality and used to play for Sporting Lisbon.

Last season, Nani made 11 Premier League appearances during an injury hit campaign which saw him ruled out for a number of months.

With the 2014 World Cup approaching at the end of next season, he will be keen to have his future settled so he can play regular first team-football to put himself in contention of a call-up for the Portuguese national side.

His manager Sir Alex Ferguson, now stepped-down, has previously spoken about his frustration in Nani’s inconsistency for the side, and new manager David Moyes is said to have been instructed to mount a summer exodus – with Nani the first to potentially leave.

Talks are expected to continue between Manchester United, Nani, and AS Monaco in the coming week as his future will then be decided.

His teammate Patrice Evra has also been linked with a move to France, potentially for AS Monaco or Ligue One champions Paris Saint-Germain. United’s summer pursuit of Everton left-back Leighton Baines could seal the defender’s fate.

Nani has made 63 appearances for Portugal – scoring 12 goals.