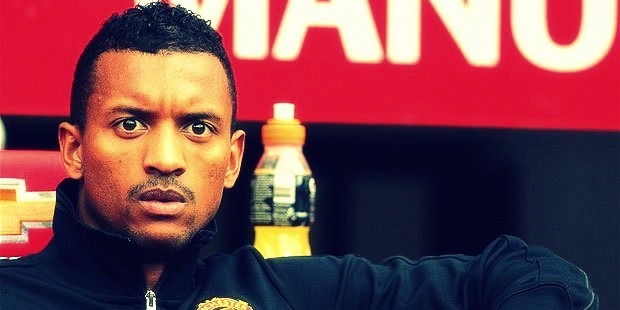 Manchester United winger Nani is unhappy at missing out on the Champions League first leg tie with Real Madrid at the Santiago Bernabeu and could leave the club at the end of the season.

The 26-year-old is understood to have left a meeting with Sir Alex Ferguson couple of weeks ago where he was assured of a place in the squad for the Champions League tie at the Bernabeu, provided he is fit to play, having played only four matches in three months.

Nani was excluded from the squad that left for the Spanish capital which reinforced his determination to leave at the end of this season, despite getting praises from his manager for his brilliant performances against Reading in the FA Cup.

The Portugal international has been offered a new contract to extend his career beyond the summer of 2014, but he is somewhat hell bent of leaving the Premier League club according to the reports.

Further, the acquisition of Crystal Palace winger Wilfried Zaha is seen by the player who joined in July 2007 from Sporting Lisbon for a reported fee of £17 million, as a sign that his United career is all but over.

So, what could be the possible destination for Nani? He could be used in a make weight deal for Manchester United target Porto’s James Rodriguez but such suggestions can be demurred at the onset as Nani is motivated by money and won’t take a significant pay cut midway through his career.

His preferred choice is a move to Italy but the same problem of wages could arise. Russian Premier League clubs Anzhi and Zenit St Petersburg had shown keen interest in the player last summer but it would take a substantial six-figure salary to lure him there.

United midfielder Anderson, who is more-or-less passing through the same problem, feels that the problem for any player at the club is where to go next and admitted that holding down a United career was difficult for both him and Nani.