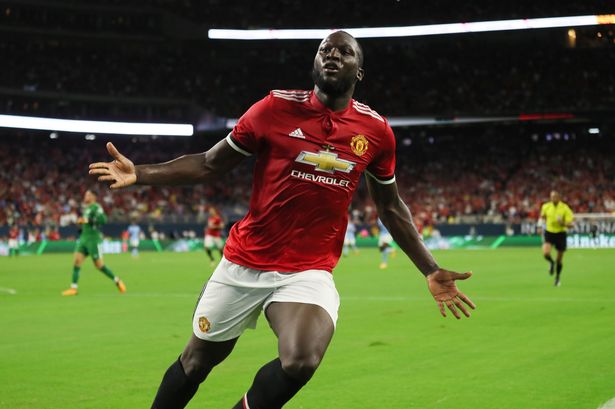 After a very entertaining summer transfer period in football, we gladly welcome you to the third EPL season in which we determine the Most Valuable Offensive Player (MVOP)!  There are fresh new offensive faces in all of the clubs in the Premier League.  In this article, we look at the favorites to win the MVOP award at the end of the season.

As a quick refresher, you can click here to see how we calculate the MVOP rankings.

Before we get into our predictions, let’s take a quick look at the current MVOP rankings after 4 matchdays.  You will likely see a number of players that you normally wouldn’t expect to be top point-earners in the Premier League. 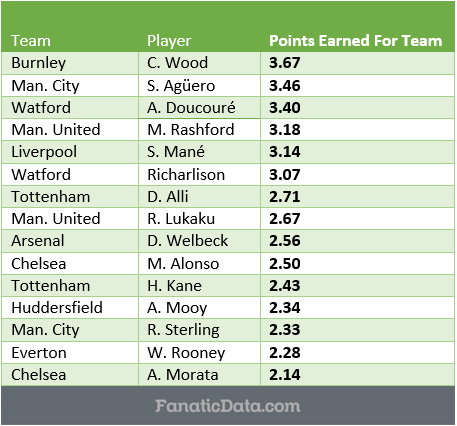 Burnley’s Chris Wood and Watford’s Abdoulaye Doucouré deserve special recognition for their initial efforts at two clubs that will likely be fighting to avoid relegation this season.  Most of the other players in the rankings though aren’t much of a surprise.  In fact, 3 out of our 4 favorites have had quick starts and find themselves in the top 15.

Our favorites to win the EPL MVOP award.

While it is essentially impossible to predict the performance of players over a season, we believe the 4 players below have an advantage over the rest of the competition for the MVOP award.

Harry Kane was our favorite to win the MVOP last season and he came through at the very end.  It was a thrilling finish where Kane wrestled the MVOP lead in Matchday 37 away from Chelsea’s Diego Costa and managed to hold on to it on the final matchday.

None of Tottenham’s core offensive players have even reached their prime yet, so the limit of their offensive prowess has yet to be determined. They were the league’s highest scoring squad last season (along with being the league’s lowest goal-allowing squad).  In fact, they scored 17 more goals last season (86) than the previous season (69).

With Kane at the center of this improving offensive juggernaut, there is no reason to believe that Kane can’t repeat as MVOP champion.  However, Kane’s success will depend on how Tottenham performs against the league powerhouses that mostly played poorly when playing against Tottenham last season.

Romelu Lukaku is our favorite to win the MVOP this season for one simple reason: he is involved in a lot of goals.  By our count, Lukaku was involved in 29 of Everton’s 62 goals (47%) last season.  His Offensive Impact (the measurement we use to determine how much a player was involved in a team’s goals) on Everton last season was over 20.  By comparison, Costa’s Offensive Impact on Chelsea last season was just under 17 yet he scored 21.37 points and finished 2nd in the rankings versus Lukaku’s 11.35 points and 11th place finish.

In short, we can conclude that Chelsea was earning points more often in games Costa got offensively involved than Everton was when Lukaku got involved. Don’t expect this trend to continue for Lukaku who upgraded to a Manchester United club that has Mourinho in charge for a 2nd season.

While Costa earned more points than Eden Hazard last season, Chelsea is Hazard’s team.  With Costa out of the picture now, and Alvaro Morata still getting his feet wet in the EPL, expect Chelsea to lean even more on their dynamic winger.

Despite adapting to a new formation last season, Hazard was only one of 3 players to be in the MVOP rankings the entire season.  He won’t be having any adaptation issues this season

We are high on Sadio Mané, because when healthy, he seems to be involved in every Liverpool goal, which says a lot, because Liverpool scores a lot of goals.  Despite missing 10 matches last season, he managed to finish in 13th place with 11 points earned.  Had he been healthy, he would have been expected to earn over 15 points which would have landed him in 5th place in the rankings.

At the age of 25, we haven’t even seen Mané reach his peak performance, which leads us to believe that this season could particularly be special for him assuming that Liverpool’s defense doesn’t let the offense down.

Last season, the 4-2-3-1 formation was by far the most popular formation, and we used that to determine the Most Valuable Starting Squad throughout the season.  Because of Chelsea’s success, we see many more teams preferring to go with a 3-1-4-2 formation this season.  Having said that though, 4-2-3-1 is still more popular, and our first squad has been organized accordingly. 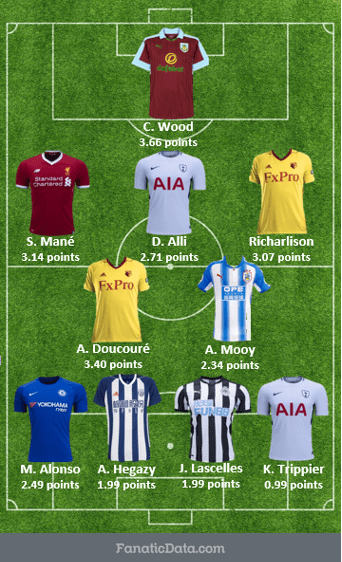 It is always exciting to see new names with the start of a season.  We have already mentioned Wood and Doucouré, but seeing Richarlison from Watford, Aaron Mooy from Huddersfield, Ahmed Hegazy from West Bromwich, Jamaal Lascelles from Newcastle and Kieran Trippier from Tottenham is breath of fresh air.