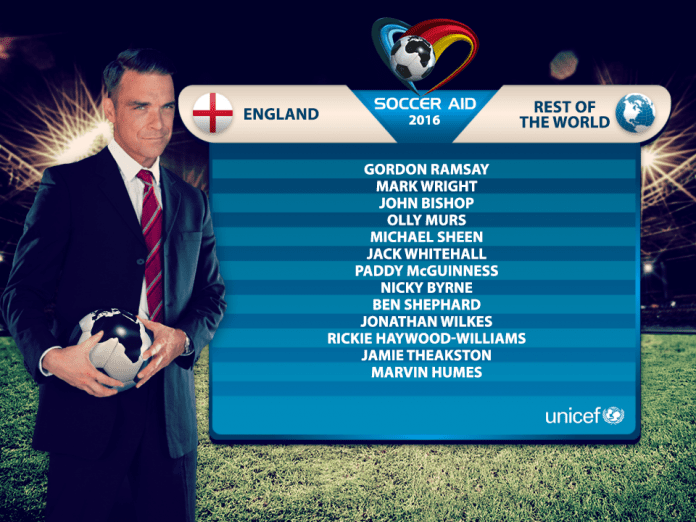 Jose Mourinho has confirmed that he will manage England for this summer’s Soccer Aid match at Old Trafford on the 5th of June.

The Portuguese will take on Claudio Ranieri, who will manage the rest of the world side. The former Chelsea manager will be assisted by the Sunderland boss Sam Allardyce.

“I want to be the first one to win the Soccer Aid trophy for both teams, England and the Rest of the World,” said Mourinho.

He added: “Sam and I will make a very good partnership and it will be a great feeling for Claudio to finally lose a match!”

The main objective of the match is to raise money for UNICEF and there will be a host of stars taking part in the game from various fields of work including acting and singing.

This is the 10th anniversary of Soccer Aid and it has previously raised around 17 million pounds in total for UNICEF.

Mourinho managing a side at Old Trafford will attract a lot of attention, especially with him being linked with the Manchester United job.

The Portuguese manager is expected to take over from Louis Van Gaal at the end of this season.

Popular personalities such as One Direction’s Louis Tomlinson, pop star Olly Murs and comedians Jack Whitehall and John Bishop are among those who will play for England.

Actor Michael Sheen, chef Gordon Ramsay and Westlife’s Nicky Byrne will play for the Rest of the World.

Tickets for this game can be bought through Manchester United’s official website.