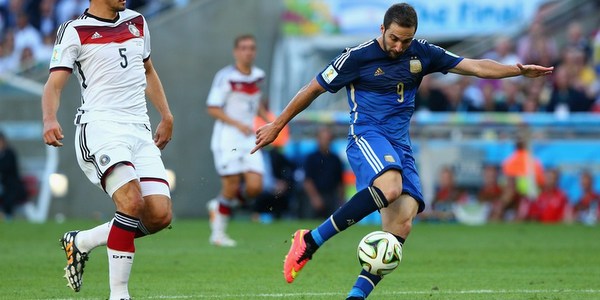 Jose Mourinho is expected to take over at Manchester United at the end of this season and according to latest reports he has already agreed his first transfer for the Old Trafford outfit.

The former Chelsea manager has apparently met Gonzalo Higuain’s brother to discuss a move and a fee has been agreed. Mourinho will also hand the Argentine a lucrative 40 million pound deal to sign for the Premier League giants.

Higuain has been sensational for Napoli over the last few seasons and has been linked with a Premier League move since last summer. The Argentine striker was linked with a move to Chelsea when Mourinho was in charge.

According to an Italian journalist, Manchester United have agreed to pay £85million for the Napoli forward.

Also, the report states that instead of Woodward, Mourinho has himself negotiated Higuain’s wage demands. The 28-year-old wants a five-year contract worth £8m a season.

Higuain has worked with Jose Mourinho at Real Madrid and the duo share a very good relationship. Manchester United’s need for a striker is no secret and signing Higuain would certainly improve their attack.

The Napoli star has scored 27 goals in 29 appearances (Serie A) this season.