In my experience, it takes a lot to change allegiance, fantasy-wise. Players have their tried and tested game, play it every year, and are staunch advocates as to its brilliance. Now, while MondoGoal.com are not here to put this to the test, they are offering a rather unique way of playing the fantasy game that doesn’t hinder your current fantasy priorities; with a truck load of cash prizes also thrown in the mix.

The official fantasy partners of Manchester City, Liverpool, Roma and West Ham; MondoGoal are looking to reinvent the way you play fantasy football on a daily basis. With no initial joining or subscription fees, pick your team with a £100m budget, join up with mates/leagues around the world, and play a season in just one day!

How? Well, the aim of your normal fantasy league is to best your opponents over the course of a football season; making transfers and gathering points from the 38-odd games taking place.

With MondoGoal, however, one gameweek is enough to win you the league, scoop a cash prize, and attain maximum fantasy glory.

No need to wait months to best your friends and no more injury or suspension excuses; forget the marathon, this is the 100-metre sprint of fantasy games. As long as there’s two matches on the day, you can start a ‘league’ and compete for cold hard cash.

Then, when the dust settles and the next gameday comes along, pick a fresh team, and start your one day season again!

So while you may be hooked on the official Barclay’s Fantasy League (like I am), you can very well grab some cash with the MondoGoal daily season option; and hell, if you like the format, there’s no reason why you can’t play the season this way, managing a multitude of different teams of superstars right up until the last days in May.

Still not sure? How about prime stats from Opta? The guys at MondoGoal understand the need for us fantasy managers to have the very latest and best statistics to hand, and have provided the most in depth of realtime player information from first kick to the last.

All of the major European leagues, as you would expect, are covered, with Champions League and Europa League nights coming in to spice things up. Fans of the MLS will also appreciate its addition to the roster.

Personally, being of Premier League sensibilities, I’ve decided to try my luck this week with the English top flight, entering the ‘Weekly £100 free-kick – EPL Week 16’: 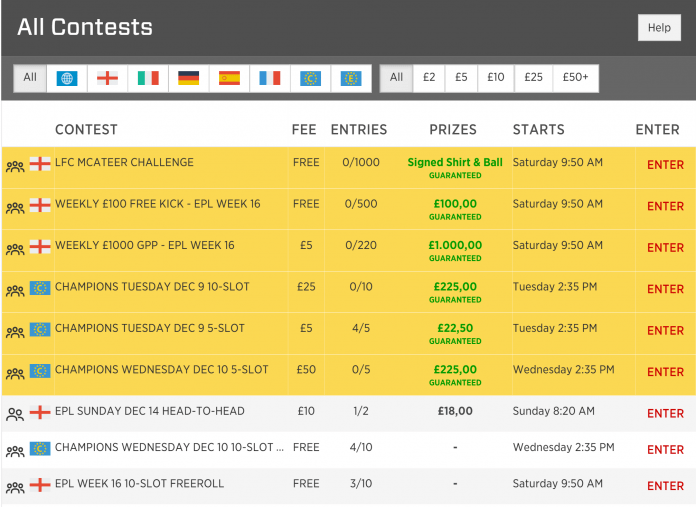 As predicted, the £100m budget goes in a flash, with heavy hitters such as Yaya Toure, Oscar and Gylfi Sigurdsson taking large chunks out of the old wallet. Romelu Lukaku at home to QPR might work out, while I have a feeling about Graziano Pellè.

Swansea’s Kyle Bartley and on-loan Liverpool defender Andre Wisdom make up my budget back-line, while big Branislav Ivanovic, for £7.5m, at home to Hull, is a snip.

I’m confident with the cheap as chips Ramires (£5.8m) sliding into the midfield, with Jose Mourinho surely to plump for the out of favour Brazilian to deputise for the suspended Cesc Fabregas; with Jon Obi Mikel, let’s face it, about as creative as a donkey with a paintbrush. 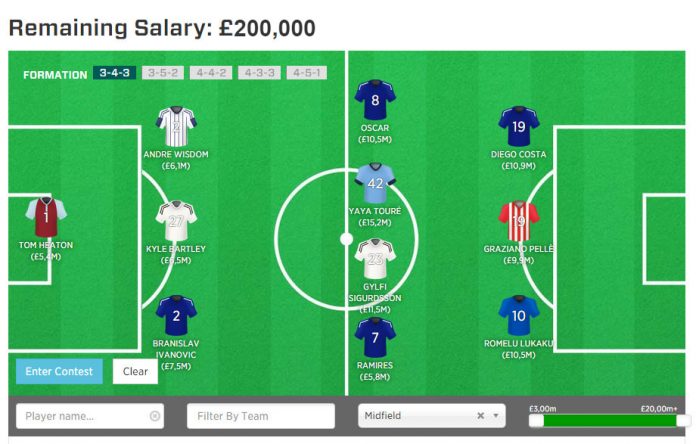 Be sure to get your team sorted in time to challenge me for the dosh!

A warm welcome to your new weekly addiction: MondoGoal.com