A tough tackling defensive midfielder, Mohamed Lamine Sissoko is seen by some as a future midfield star of European football, in particular Liverpool manager Rafael BenÃ­tez, who showered praise upon him when he arrived at Merseyside, saying Sissoko possessed “incredible ability for his age” and similar qualities to Frenchman Patrick Vieira. Sissoko’s early career (much like Vieira’s) had been marked with disciplinary problems (as the Malian player tended to pick up yellow cards for late or reckless tackles), but his fierce competitiveness was immediately effective for Liverpool, and he soon became something of a fan’s favourite (as shown in the tribute by Reds fans in the form of a large Mali flag with the Scouse phrase “Momo Is Boss” adorning it).

However it is now official: Juventus and Liverpool have finalized the negotiations for the arrival of Sissoko to the Serie A. The Malian midfielder has been acquired for a cost of â‚¬11.0m (£8.2m), and signed a contract of 5 years with the Bianconeri (i.e. until 2013). The transfer fee had been made payable in 3 yearly installments, and may increase by a maximum of â‚¬2.0m depending on the achievements of the player during his 5-year contract.

“I am happy to have joined such an important club” said Sissoko in an interview to Juventus Channel. “This experience will, I’m sure, mark an important step forward in my football career. I am very excited at the prospect of measuring up to champions such as Buffon and Del Piero, as well as being coached by Ranieri again, a great manager with whom I’ve already had the chance to work with at Valencia“.

A question for Liverpool fans: what’s your opinion of Momo Sissoko? Do you think the Reds have made a mistake by letting him go, or was it becoming increasingly difficult for him to find space in Rafael BenÃ­tez’s line-up (despite the rotation policy)? According to you, what can Juventus fans realistically expect of Sissoko for the upcoming years?
.
.

Mohamed Lamine Sissoko Gillan (born 22 January 1985 in Mont-Saint-Aignan, France, and often referred to simply as “Momo Sissoko”) is a French-born footballer who represents Mali at the international level. Sissoko is the nephew of Mali and Valencia CF former African Footballer of the Year Salif KeÃ¯ta, and he is often compared to French midfielder Patrick Vieira due to their similar playing styles.
. 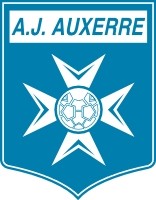 Sissoko started his professional career playing as a striker in AJ Auxerre, beggining from the French Club’s youth team and eventually climbing all the way up to the senior roster in 2002. Before he could demonstrate his skills at the Stade de l’Abbé-Deschamps however, he was snatched at age 17 by the Spanish club Valencia in the summer of 2003.

The transfer of Sissoko to the Spanish Liga is marred by controversy, because it was later found out that Los Che had not consulted with AJ Auxerre before signing the Malian player, and that he was in fact still under contract with the French club. AJ Auxerre brought the case before the Court of Arbitration for Sport (TAS), and after the TAS ruled in their favor, the French club and Valencia found an agreement for an indemnity fee of â‚¬1.0m (covering transfer and youth team costs).
. 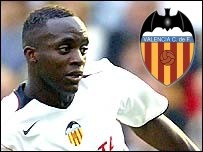 At the time, the manager of Los Che was current Liverpool coach Rafael BenÃ­tez, who eyed the Malian player as a talented youngster with obvious potential to turn into a top-notch defensive midfielder. Up until then, Sissoko had always played as a striker for Auxerre, but began adapting to his new role under his new manager.

2003-04 was a very succesful year for Valencia and moderately so for the Malian player. Los Che were crowned La Liga and UEFA Cup champions, while Sissoko totaled 9 matches and 1 goal in a friendly fixture for his new club. The following year, BenÃ­tez left to coach Liverpool and was replaced by Claudio Ranieri (current Juventus manager): this was the chance for Sissoko to firmly establish himself in the starting line-up, as the Italian manager quickly became quite fond of the newly-formed defensive midfielder. In his second season at the Mestalla, Sissoko played 21 matches in the Spanish League, and made himself known to the world by his performances in La Liga and the UEFA Champions League.
. 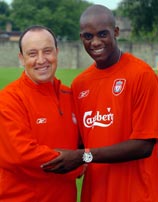 Sissoko moved from Valencia to Liverpool in the summer of 2005 for a fee reported at â‚¬7.1m (£5.3m). He had been expected to sign for Liverpool’s rivals Everton but ultimately plumped for the opportunity to work again with former Valencia boss, Rafael BenÃ­tez. Sissoko rapidly established himself as a key figure in the Reds’ central midfield, alternating with Xabi Alonso and the irreplaceable captain Steven Gerrard.

There were fears for Sissoko’s eyesight in his right eye after his retina was severely damaged, when he was accidentally kicked in the head by Benfica’s Beto in the first leg of their Champions League knockout round tie in February 2006. Sissoko made a speedy recovery however, and returned in the 6th round of the FA Cup against Birmingham City wearing a pair of goggles, where Liverpool won the game 7-0.

The 2006—07 season got off to a flying start for Sissoko with victory for Liverpool in the FA Community Shield and Sissoko taking the Man-Of-the-Match award. Sissoko’s season had been put on hold due to an arm injury he suffered at Birmingham City in the Carling Cup in early November. On 29 January 2007 it was announced that Sissoko would be fully fit for Liverpool’s local derby match against Everton on 3 February . However,he made his comeback from injury by playing against Newcastle in a game which Liverpool lost 2-1.

Sissoko’s first real test after coming back from injury was in the Champions League against Barcelona, the holders. Sissoko was awarded the Man-Of-the-Match award by UEFA. However for the remainder of the season he would have to compete for the holding position in the centre of Liverpool’s midfield, due to arrival of Argentine Javier Mascherano from West Ham. 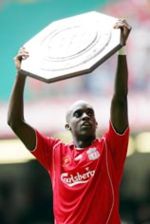 Sissoko would be largely unsuccessful in this battle, losing his place to Mascherano in the 2007 UEFA Champions League Final. This led to people questioning whether the Malian would leave Liverpool, with notable clubs such as Juventus and Barcelona reportedly interested. However on June 28th, Sissoko signed a contract to extend his Liverpool career a further 4 years, keeping him at Merseyside until 2011. It was later revealed that Sissoko had indeed received an offer from Juventus, but he turned them down as Liverpool are a ‘bigger club’

On August 25th 2007, in a match against Sunderland at the Stadium of Light, Sissoko started in place of the injured Steven Gerrard in Liverpool’s central midfield. In the match, Sissoko finally scored his first ever competitive goal in his club career, a long-range first-time effort from 25 yards out, assisted by Andriy Voronin. The goal, scored on Sissoko’s 75th appearance for the club, also marked Liverpool’s 7000th goal in league football.
.

Special thanks to the English, French and Italian Wikipedia articles on Momo Sissoko for the biography info.