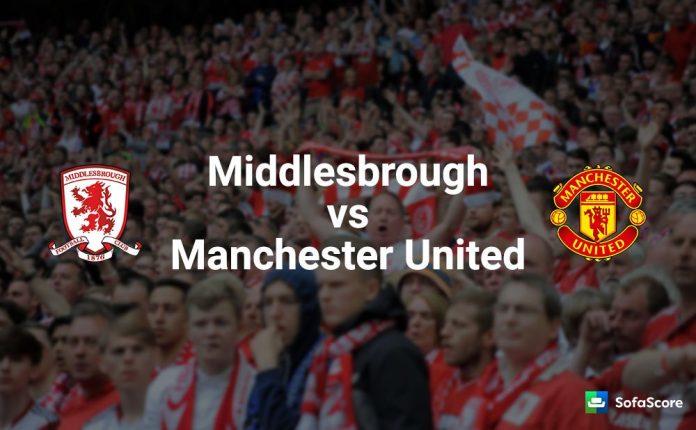 Middlesbrough host Manchester United in the Premier League this weekend and the home side will be looking to kick-start their season under a new manager now.

Boro sacked Aitor Karanka yesterday after a series of dreadful performances. The home side are currently three points adrift of safety.

Furthermore, Boro have had a tough time in front of the goal this season. They have managed to score just 19 goals all season and that needs to change quickly if they want to beat the drop.

Jose Mourinho’s side are trailing Arsenal and Liverpool in the top four race and they will be looking to get maximum points from this game. Manchester United cannot afford to drop points here.

The Old Trafford outfit will be jaded after their Europa League game during the midweek, but they have the squad to cope with the fixture congestion. Manchester United managed to beat Boro at Old Trafford earlier this season and will be hoping for more of the same here.

The away side are likely to be without Rooney, Pogba and Blind due to injuries. Herrera and Ibrahimovic are suspended.

Manchester United are undefeated in their last 17 matches in the Premier League.

Manchester United are undefeated in their last 12 matches against Middlesbrough in all competitions.

Middlesbrough have failed to win their last 10 matches in the Premier League.

Manchester United have scored at least 2 goals in their last 4 away matches against Middlesbrough in all competitions.

There have been under 2.5 goals scored in Middlesbrough’s last 5 games in the Premier League.

Manchester United have a very good record against Boro and will be determined to win here. Get the Red Devils to win this weekend.

Boro have struggled to score goals this season. Bet on Manchester United to keep a clean sheet.

Boro have what it takes to surprise Manchester United here. The home side will look to send out a statement under their caretaker manager and this is the perfect opportunity.

Manchester United are plagued with injuries and suspensions right now and they will be tired after the midweek game. However, the away side are far superior and are in good form as well. They should be able to edge this one.