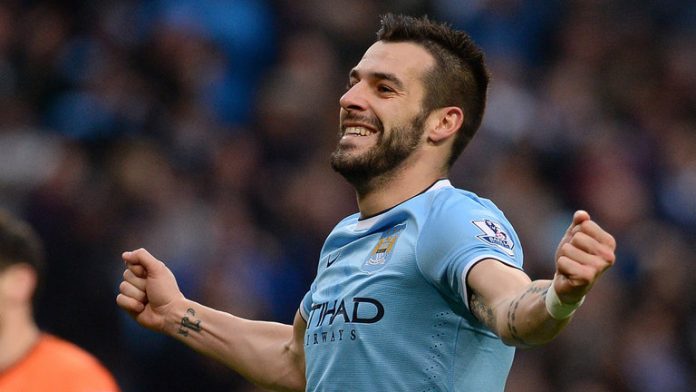 Premier League’s newly promoted side Middlesbrough are on the verge of completing sensational deals for Valencia striker Alvaro Negredo and Borussia Dortmund centre back Neven Subotic.

Negredo was left out of Valencia’s squad that have traveled to Holland for their pre-season tour and is set to be confirmed as club’s seventh signing of the summer after having a medical later this week.

The former Manchester City will initially join the Teeside on a season-long loan deal with the club having the first option to buy the 30-year-old next summer.

Middlesbrough will reportedly pay a loan fee to Valencia and will cover the full cost of Negredo’s wages, thought to be around £100,00-a-week.

The 27-year-old, who has made over 250 appearances for the Bundesliga side, will sign a three-year contract with the Riverside club subject to a work permit.

Subotic was a regular starter for Dortmund’s team that clinched back-to-back league titles in 2011 and 2012 under Jurgen Klopp but fell down in pecking order over the last two campaigns after sustaining a host of injuries.

Middlesbrough have reportedly completed the signing of Gaston Ramirez on a free transfer on Monday following a successful loan-spell last season.

The Uruguayan, who will sign a three-year deal to make his switch to North-East permanent, was an integral part of the side that secured automatic promotion to the Premier League in May, scoring on seven different occasions in 18 Championship appearances.

Middlesbrough, meanwhile, have already confirmed the arrival of former Barcelona and Man Utd goalkeeper Victor Valdes along with the transfer of Spanish right back Antonio Barragan from Valencia for a reported fee of £2 million.