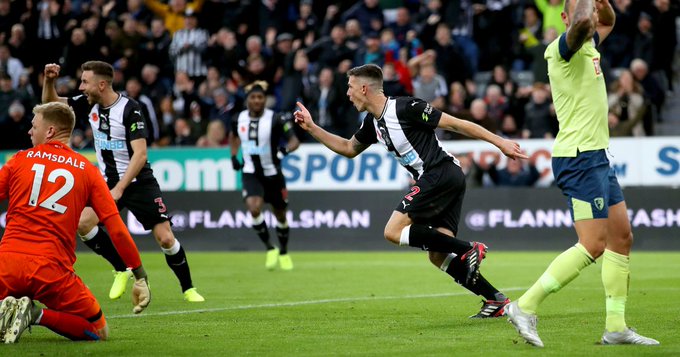 Newcastle United have secured back to back wins in the Premier League for the first time this season after beating AFC Bournemouth on Saturday at St James’ Park.

Ciaran Clark scored his second goal in as many games as the Magpies earned a 2-1 victory.

Newcastle made a shaky start as the Cherries took the lead through Harry Wilson. The Welshman, on loan from Liverpool, finished off a good move with a superb low shot inside the opening 15 minutes.

However, the Magpies bounced back. Allan Saint-Maximin’s effort struck the bar before the Magpies restored parity through DeAndre Yedlin who scored with a flying header just before the break.