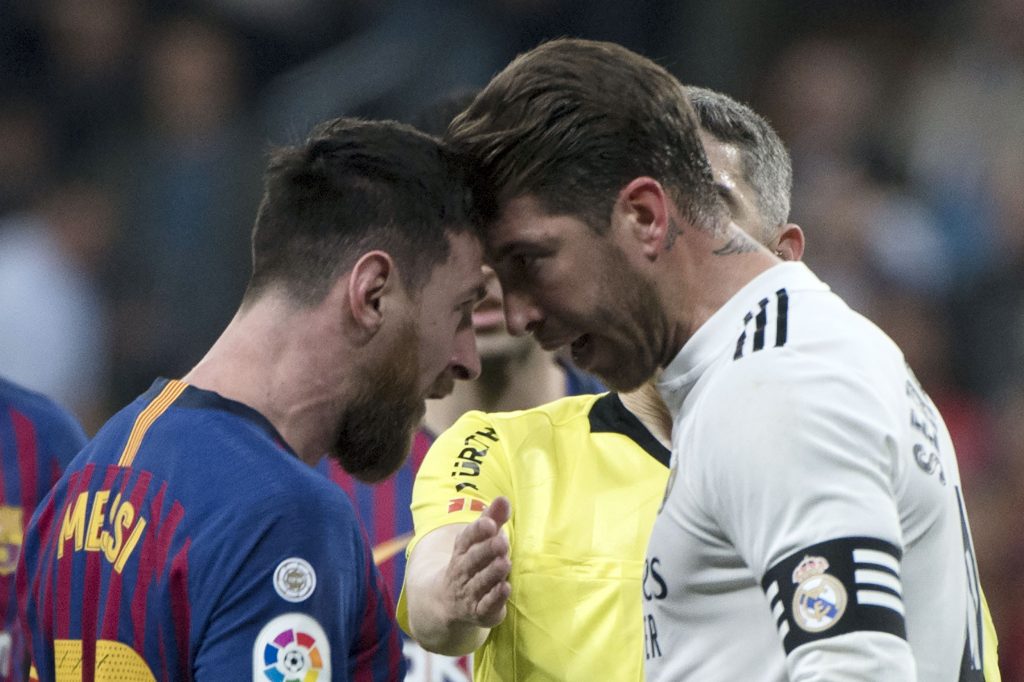 After the crazy year (and transfer market) that was 2020, we have some even more mayhem in store for 2021.

The January transfer window had a few intriguing moves, like Martin Ødegaard joining Arsenal on loan, Dominik Szoboszlai switching RBs to Leipzig and Sébastien Haller leaving West Ham for Ajax among others, but the summer is set to be most interesting, with a number of world-class free agents set to leave their clubs.

Here, we will go over a line-up of the very best players whose contracts will run down by June.

Donnarumma joined the AC Milan academy in 2013, and in a couple of years’ time, he had already broken into the senior squad. He made his debut aged just 17, and ever since, he has been irreplaceable in the Rossoneri goal. He has made 198 Serie A starts since, cementing himself as one of the top goalkeepers in Europe.

Milan have failed to tie him down with a contract extension, and while the Italian keeper is expected to sign an extension soon, Mino Raiola is his agent, so it’s best that we don’t predict anything.

Hysaj joined Napoli from Emploi in 2015, becoming the first Albanian player to represent the Azzurri. He established himself as a mainstay starter on the right of their defence, missing just eight matches in the first three Serie A seasons.

This season, though, he has missed half of his side’s matches, while he failed to feature in 29 matches in the last two years. Injuries have taken their toll, but Giovanni Di Lorenzo’s arrival in 2018 has also posed a problem to the ex-Empoli man as far as a starting spot is concerned. That should explain why he might consider moving in the summer.

Ramos left Sevilla for Real Madrid in 2005, coming to one of the world’s biggest clubs as a hot defensive prospect. Now, as he is set to leave, he does so as an irrefutable club legend, after captaining the club for the last six seasons and climbing up to second in the club’s defender charts as far as goals are concerned with a century.

In the 16 years he has spent with Los Blancos, Ramos has made over 660 appearances, winning five La Liga titles, four UEFA Champions League trophies, as many FIFA Club World Cups and much more.

Now, though, he is set to be replaced at Real, so he will be looking to move elsewhere to see out his playing days.

Alaba couldn’t break into the Bayern set-up immediately when he joined in 2008, but after returning from a loan spell at Hoffenheim, he slowly started getting a foothold on a starting position. Playing in a variety of positions ranging from right winger to left-back, Alaba has made over 410 appearances for the Bundesliga giants, winning numerous accolades including two continental trebles.

Recently, the Austrian international has switched to centre-back under Hansi Flick as Bayern suffered a bit of an injury crisis in that position last season, and once again, he has adapted brilliantly.

But, with his contract coming to an end and Bayern refusing to meet his wage demands for a new offer to protect their salary structure, the ex-Austria Wien man is set to depart Germany.

The most valuable left-back who could be available for free in the summer is ex-Bayern defender Juan Bernat.

He joined PSG after leaving Germany in 2018 for want of playing time, and he certainly has had a fair amount of that in France. The Spaniard got over 70 outings in his first two seasons in Paris, winning back-to-back Ligue 1 titles and reaching the Champions League finals, where his former side would prove to be the winner.

This season, though, an ACL injury has meant that the left-back has been out of action since September, and he isn’t expected to return anytime soon. Although a contract extension is most likely, the likes of Barcelona and Juventus are said to be keeping tabs on his situation.

Draxler is quite a curious character – he was rated very highly throughout Germany during his stints with Schalke and Wolfsburg, but at PSG, he has seemingly lost his way in a group of superstars.

Since joining the club in 2017, the Germany international has made 100 appearances, but his stats – 13 goals and 20 assists – are a bit disappointing. With his recent managers, Thomas Tuchel in particular, opting to develop young talent instead of fielding Draxler, the 27-year-old midfielder has been restricted to just 12 league starts in the last two seasons, with injuries proving detrimental too.

Wijnaldum needed only one season at Newcastle after coming to England from the Netherlands to attract interest from many of the top clubs, but in the end it was Liverpool who sealed his signature in 2016.

The Dutchman has been an underrated consistent performer for the Reds ever since, establishing himself as a key figure immediately as he featured in all but two Premier League matches in his first season and played a part in 15 goals.

The ex-PSV midfielder has gone on to make 160 appearances for the Merseyside giants, winning the Premier League, Champions League and FIFA Club World Cup among other trophies and scoring some crucial goals in the process, such as an often-overlooked brace in the corner-taken-quickly-ORIGI match.

His current contract situation has gotten ‘really, really complicated’, so it looks most likely that he will be leaving Liverpool at the end of the season.

Former Hamburg and Bayer Leverkusen free-kick wizard Hakan Çalhanoğlu joined Italian against AC Milan in 2017 after terrorising goalkeepers in Germany from dead-ball situations for about six years (and even from 40-odd metres).

Although he hasn’t been able to fully replicate the trick in Italy with just three free-kick goals in four seasons, he has become a key figure in the resurgent Rossoneri side under Stefano Pioli. He has worn the red and white strip over 150 times already, racking up over 75 goal involvements in the process.

While Milan are reportedly planning to offer a new contract to the Turkish international, various clubs across Europe are said to be eyeing up a summer move for the 26-year-old midfielder.

Lionel Messi’s seemingly perfect and unbreakable marriage with Barcelona has taken a huge twist in the last year, and it is set to end in a quite aptly messy divorce.

The Argentine forward joined Barcelona’s fabled La Masia academy aged just 14 after moving away from his boyhood club Newell’s Old Boys, and he has been in Catalonia ever since. After making his debut in 2003, Messi has done it all, winning 10 La Liga titles, four Champions Leagues and 19 other cups while also claiming five Ballon d’Ors.

In the process, he played in some of the best sides in Barcelona’s history including Pep Guardiola’s tiki-taka sextuple-winners and Luis Enrique’s world-beaters. He has set a host of club records too, including ones for most matches won (527), most trophies won (34), most hat-tricks scored (48). With 649 goals from 754 games, he is the club-record goalscorer.

But, after all of that, a time of internal political turmoil has forced Messi to think of leaving the love of his life. His transfer request was rejected last season, but this year, with his contract winding down, it’s all but certain that he will be leaving Spain.

One of Messi’s best friends in the footballing world and the father of his godson, Sergio Agüero could also be available for free in the summer.

The Argentine striker joined Manchester City from Atlético Madrid in 2011, but he only needed a year to become a cult hero around the Etihad Stadium, as he scored a memorable league-winning goal in the last match of the 2011/12 season with the clock reading 93:20.

In the decade he has spent in England, Agüero has cemented his place as a Manchester City and Premier League legend, becoming the club’s all-time top-scorer with 256 goals in 379 appearances and topping the foreign scorers’ charts in the Premier League with 180.

His contract is set to expire at the end of the 2020/21 season, but a renewal seems most likely, especially if his Argentine friend comes to Manchester. Otherwise, the two could even unite at PSG, or go their own separate ways again.

After performing rather horrendously for Manchester United, Memphis Depay thought it wise to move to Lyon using help from a computer modelling algorithm made by data intelligence company SciSports.

He got off to a slow (yet relatively improved) start with just 18 appearances and five goals in his first season, but he started tearing things up in 2018/19 with 22 goals and 16 assists in 51 appearances. He has kept on going, with 65 goals from 157 appearances so far in his Lyon career.

Now, he has once again caught the eye of some big European clubs with Lyon’s Champions League semi-final appearance last season and impressive Ligue 1 performances this year, so a move to another big clubs looks to be on the cards.