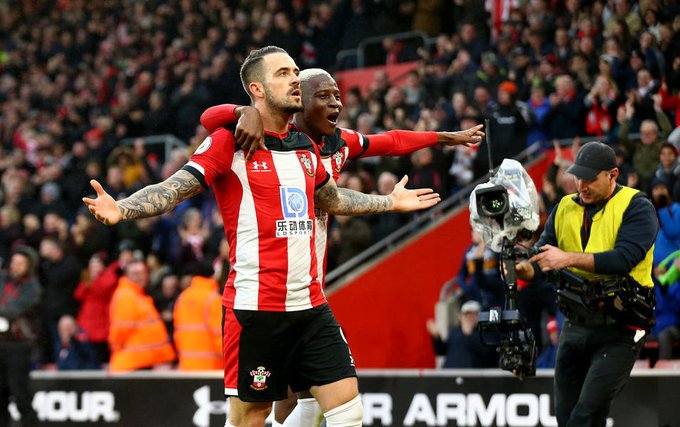 With backs to the wall, the fightback began. With three wins and a draw in their last four games, it seems Southampton have suddenly worked out the formulae to tackle the London clubs as it lifts them to 12th in the Premier League.

The Saints are proving to be the catalyst in shaping up the top-four race. After their impressive 2-0 win against Chelsea at Stamford Bridge, and a 1-1 draw against Crystal Palace, it was the turn of Jose Mourinho’s Tottenham to face the music.

Ralph Hasenhuttl’s side earned a narrow but a deserved 1-0 victory against Spurs on Wednesday, thanks to a brilliant goal from Danny Ings.

Southampton legend Matt Le Tissier took to social networking site Twitter to express his reaction after the match. He wrote:

Ings has rediscovered his form for Saints this season with 15 goals in all competitions. The Saints striker showed his instinctive skills by flicking the ball over Toby Alderweireld before shooting past Paulo Gazzaniga for his ninth goal in his past 10 games.

Spurs were unimpressive and despite an upturn in results under Jose Mourinho, the defensive frailties continue to haunt the north London club.