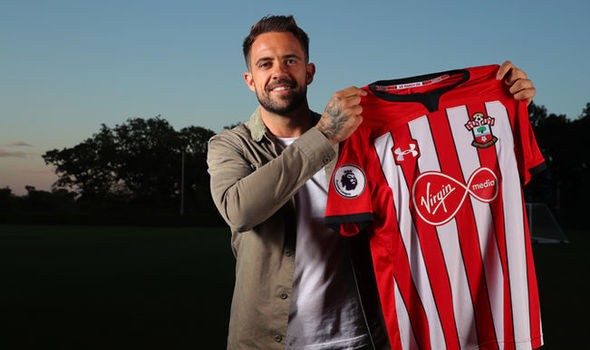 Southampton started their 2018-19 Premier League campaign with a 0-0 draw against Sean Dyche’s Burnley at the St Mary’s on Sunday.

The 26-year-old joined the Saints from Liverpool on a season long loan on the transfer deadline day, and made his debut against Burnley.

The England forward came on as a substitute in the 56th minute, and did well to impress the Southampton legend.

He described the result as a “hard earned point” for the home side, saying Mark Hughes’ men should have been in front at half time.

Le Tissier was happy with the second half performance and praised Ings, saying Southampton signing the debutant for £20 million would be a “snip.”

Hard fought point today, burnley dominant early and should’ve been in front at half time but a much better 2nd half with some positive substitutions and a change of formation, @IngsDanny looked good on his debut, 20mill will be a snip ?

Ings struggled with injuries at Liverpool but he could resurrect his career at Southampton.

According to reports from the Daily Mail, Southampton have the option to sign Ings for £20 million after the end of his loan spell.

Ings is a natural goalscorer with loads of Premier League experience, and if he can stay fully fit, goals are guaranteed from him.