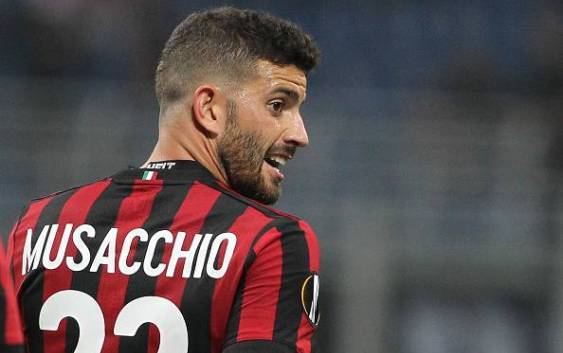 Fulham invested over £100 million in the summer following their return to the Premier League. Big things were expected of them, but after round eight of Premier League matches, they find themselves sitting 17th in the league.

The Cottagers’ poor defence has so far proved to be the undoing of Slavisa Jokanovic’s side. They have conceded 21 goals – more than any other team in the league. They did bolster their defence by adding players like Alfie Mawson, Maxime Le Marchand, Calum Chambers, Joey Bryan, Rico and Fosu-Mensah, but it seems they need more quality additions in that department.

According to reports from Calciomercato, Fulham are keen to sign AC Milan defender Matteo Musacchio in the January transfer window. Musacchio joined Milan from Villarreal in 2017 for £16 million but endured a difficult first season in Italy.

However, he has been brilliant this season, and started all of their seven league games, making a strong impact under Gennaro Gattuso. It won’t be easy for Fulham to prise him away from San Siro but they can make a tempting offer to force Milan into thinking again.

The Argentine international is a solid defender and he would add depth and quality to Jokanovic’s side. If Fulham can sort out their defence, they can be expected to finish much higher than where they are at the moment.