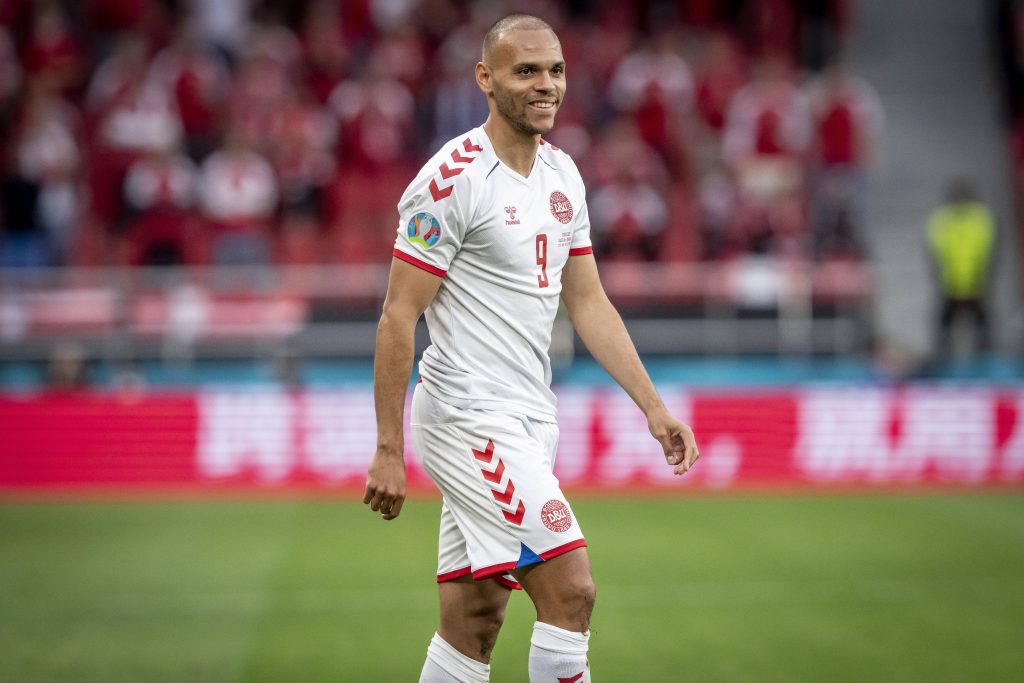 Martin Braithwaite is prepared to fight for his Barcelona future amid interest from West Ham United, Mundo Deportivo reports.

The Denmark international joined the Blaugrana as an emergency signing in February 2020, and he has since registered eight goals and four assists from 53 games.

He has largely been a substitute for the Catalan giants, but the 30-year-old is reportedly willing to fight for his place rather than listening to offers.

The Hammers are deemed to be interested in landing his signature.

Braithwaite earned minutes off the bench last term, but his game time could be reduced with the arrivals of Memphis Depay and Sergio Aguero.

The long-term injury to Ousmane Dembele could hand him a lifeline, but the Blaugrana are likely to make a final decision over his future.

The club are facing huge financial debts, and they need to trim the squad to reduce their wage bill and comply with the La Liga rules.

They will struggle to offload Philippe Coutinho or Dembele due to injuries, and Braithwaite appears the probable candidate to leave.

With three years left on his deal, they are hoping to recoup the entire €18 million fee paid to Leganes after triggering a release clause.

The Hammers have emerged as the leading candidates to sign him as they are looking for a new striker who can offer a good aerial presence.

They could be better served looking for a more high-profile option, given Braithwaite has failed to hit double figures in the last five seasons.